Despite the machlokes and criticism, Lag B’Omer is days away and the largest annual event in Israel, Lag B’Omer in Meron, is going to take place B’ezras Hashem. Final preparations are underway by organizations involved, including food for 350,000 persons, who will be accommodated in the large hachnasas orchim air-conditioned tent, which accommodates 1,700 persons at a time.

The attached list provides the schedule for lighting Lag B’Omer bonfires, beginning with the Boyaner Rebbe Shlita at 1:15AM motzei Shabbos, following by Rav Harush at 1:30AM, and so forth. The final fine is the Rebbe of Toldos Aharon Shlita, at 7:00PM Lag B’Omer day.

In a related matter, there have already been many reports from angry persons who are told by bus companies there are no tickets for sale to get to Meron. They explain there is a severe shortage of buses this year and many groups, including various chassidic groups, have purchased large blocks of tickets. Officials in charge of the Lag B’Omer in Meron insists there are tickets available but when one calls some of the companies providing service, one is told the tickets are sold out.

Click here for photos of the Boyaner Rebbe lighting the Medurah on lag BaOmer 5776-2016. 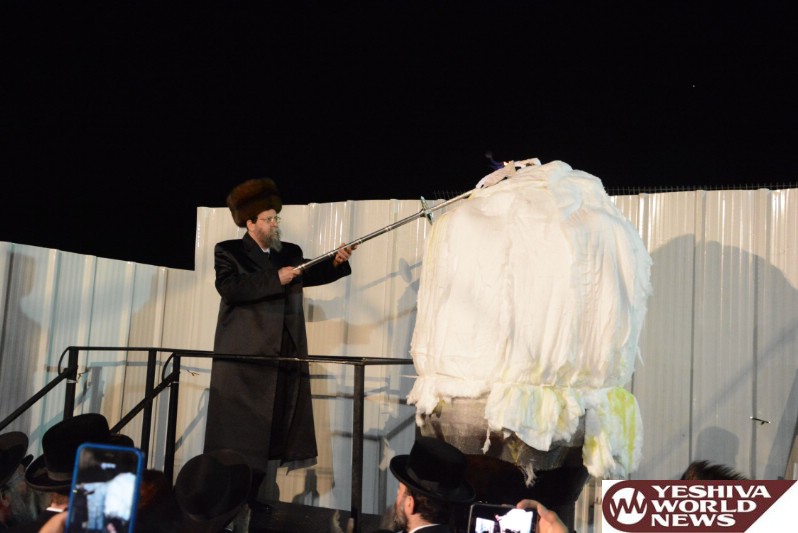