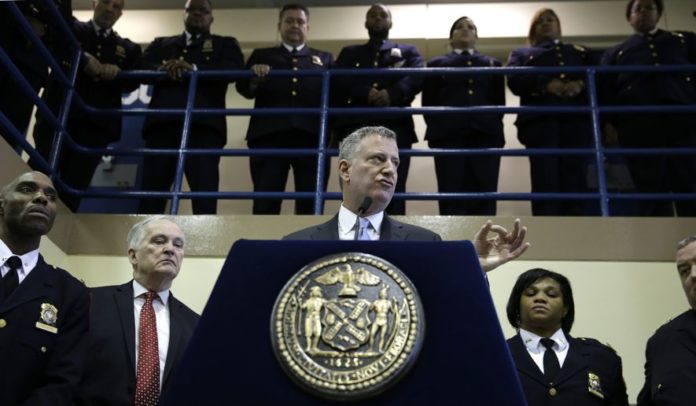 New York Mayor Bill de Blasio is detailing how he plans to go about closing down the troubled Rikers Island jail complex.

In a report posted by The New York Times de Blasio says that he’s not offering a quick fix and that it will be a “long and difficult” path. He says it will take a decade.

The Democrat announced in March that he wanted to close the jail. An independent commission also issued a report recommended closing it.

That commission was formed after a string of brutality cases that exposed poor supervision, questionable medical care and corruption at Rikers.

De Blasio says the population must first be reduced to 5,000 by making it easier to pay bail, expanding diversion programs and speeding up case processing times.