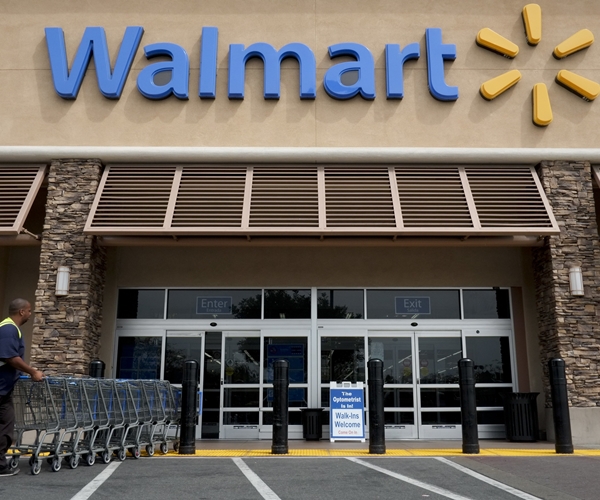 Hundreds of inventors have flocked to Walmart’s headquarters in Bentonville to find out if the country needs a few more secret sauces, prettier mouse pads or “instant hair gel” packets for the on-the-go clubber.

The 500 businesses selected to take part in Walmart’s fourth annual “Open Call” Wednesday have already been offered spots on the company’s online portals, as it battles Amazon for billions of dollars in revenue. Visits with Walmart’s marketing team, though, could land any number of entrepreneurs shelf space in nearly 4,700 brick-and-mortar stores.

“You may not receive a deal, but you have a chance to spend 30 minutes with a Fortune 1 buyer,” Walmart spokesman Scott Markley said ahead of the daylong meeting intended to increase jobs at American companies. “They know more about the market for the product than you do.”

Amazon on Wednesday held its own event for online sellers. Through its portal, it gives any would-be sellers step-by-step online guidance on how to receive and fulfill orders.

With auditions, Walmart does it differently, and its physical stores handle a finite number of goods. Bringing potential sellers to headquarters for Wednesday’s crash course in marketing reinforces Walmart’s path to making money.

“We want to make deals for products across the board,” Markley said. “We’re looking at toys. Food. Apparel.”

“If you have something promising, they’ll let you know right away. They can usually predict if something will be a hit,” said Ben Rendo, who brought to Walmart’s first open call a gadget that helps people carry multiple grocery bags in one trip. Many people just use their fingers.

“I would do the same thing. I would get the plastic bags over my fingers and then I would try to lug multiple bags up multiple flights of stairs to a dingy seventh-floor walkup apartment,” he said. Reddened, sore fingers led him in 2006 to contemplate the Mighty Handle, which Walmart picked up in 2014.

His Mighty Good Solutions company in Kansas City, Missouri, has sold millions, including on Amazon. He won’t say how much it costs to make a claw, but says an injection mold makes one in about five seconds. He’s been able to leave jobs in finance and software sales to concentrate on new items.

Retail analyst Sucharita Mulpuru-Kodali said Walmart appears to have found a new way to address the breadth of Amazon, which has been expanding evermore into brick-and-mortar sales and announced this month that it would acquire Whole Foods for $13.7 billion, giving it a physical presence in many markets that could be used as a distribution hub.

“They definitely need to increase their assortment vs. Amazon,” she said. “It remains to be seen how good this process is, but it’s a few years old now and they must be discovering new companies successfully or they wouldn’t repeat it.”

Amazon, meanwhile, held an event Wednesday with entrepreneurs to discuss ways to grow their businesses online. It was billed as Amazon’s first-ever “Boost Summit.”

“They’re just trying to one-up each other,” said Mulpuru-Kodali. “The customers always win when this happens.”

Amazon spokeswoman Cecilia Fan said more than 1,000 businesses took part in the company’s marketing summit in New York. She said the retailer preferred to concentrate on what it offers rather than worry about what others are doing.

“It is customer-focused, not competitor-focused,” she said.