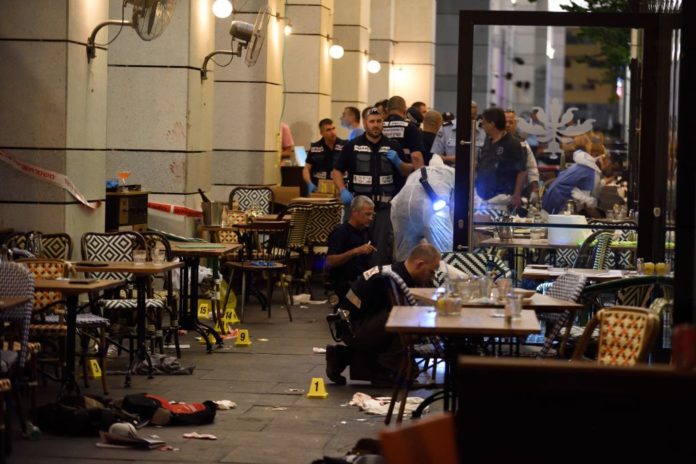 The Tel Aviv District Court on Monday, 26 Tishrei handed down three convictions against the terrorists responsible for the June 2016 Sarona Market Center shooting attack in Tel Aviv. Two of the defendants are cousins; Mohammed and Khalid Muhamra. They were found guilty of four counts of murder and 41 counts of attempted murder for the shooting spree. The fourth suspect, who drove them, Ayash Mousa Zayn, was found guilty of conspiracy. All of the terrorists involved are residents of the PA (Palestinian Authority) village of Yata.

They carried out the attack with improvised Carl Gustav submachine guns, which according to the Shin Bet, were made in Yata.

The homes of the cousins were destroyed by the IDF in August 2016 as well.