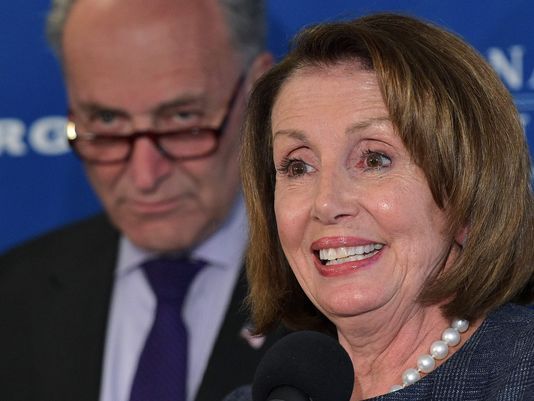 Congress’ top two Democrats said Monday they’ve accepted an invitation from President Donald Trump for a White House budget summit later this week as the two parties try to avert a clash over spending, immigration and other issues that could produce a government shutdown.

The meeting would occur Thursday and include Republican congressional leaders, the Democrats said.

Federal money for government agencies expires at midnight Friday night, meaning a partial federal shutdown would occur without legislation extending the financing. Republicans want to avoid a shutdown just weeks from the start of an election year but will need Democratic votes, especially for any long-term budget pact.

Just last Tuesday, House Minority Leader Nancy Pelosi, D-Calif., and Senate Minority Leader Chuck Schumer, D-N.Y, pulled out of a similar meeting planned for hours later. Their cancellation came after Trump took to Twitter to mock their positions on taxes, crime and immigration and said he saw no chance for deal.

“We hope the president will go into this meeting with an open mind, rather than deciding that an agreement can’t be reached beforehand,” the two Democrats said in a statement Monday.

Schumer and Pelosi — or “Chuck and Nancy,” as Trump has called them on Twitter — repeated the Democratic stance that they want defense and domestic programs to get equal funding increases.

Democrats are also demanding a plan to protect immigrants who arrived illegally in the U.S. as children. Trump scuttled a program from President Barack Obama’s administration that protected them from deportation. Weeks ago, Trump expressed a desire to work with Democrats to extend those protections, but there’ve been no indications of any progress.

“There is a bipartisan path forward on all of these items,” the two Democrats said.