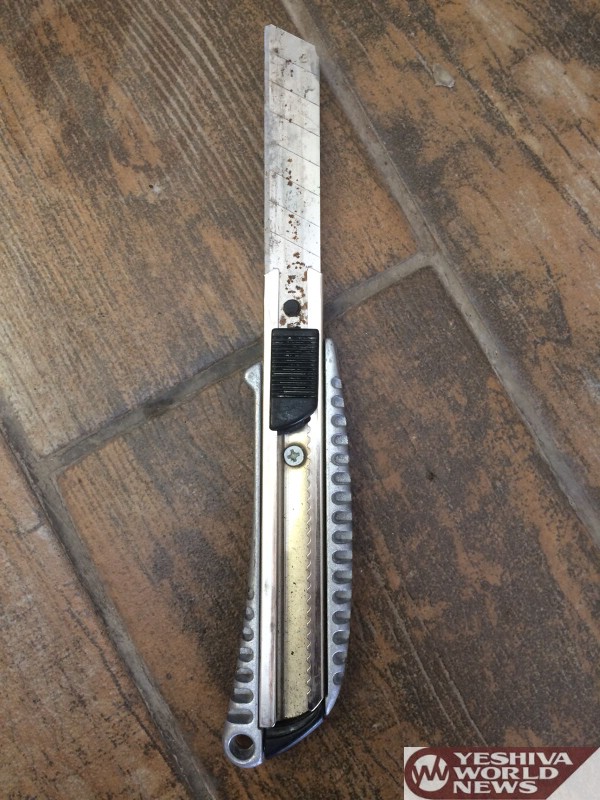 A border police spokesman reported on Wednesday morning 2 Teves that a 17-year-old male resident of the PA (Palestinian Authority) was taken into custody near the Ma’aras HaMachpelah.

The male aroused suspicions of border police outside and they pointed their weapons at him, instructing him to halt for inspection. He was found to be carrying the box cutter knife and taken into custody.