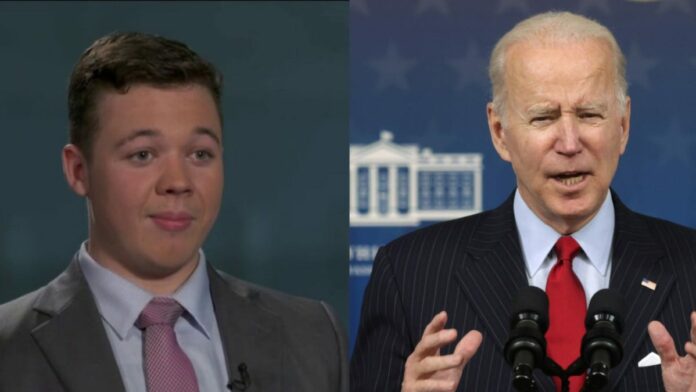 The White House is refusing to apologize for President Biden’s depiction of Kyle Rittenhouse as a white supremacist.

Biden attacked then-President Trump during the presidential campaign for not standing up to white supremacists and included a video showing Rittenhouse brandishing a rifle at the Kenosha riots last year, during which he shot two protesters in self-defense.

White House Press Secretary Jen Psaki responded to a question about whether the president would apologize to Rittenhouse, saying the kerfuffle is “about a campaign video released last year that used President Trump’s own words during a debate as he refused to condemn white supremacists and militia groups.

“And President Trump didn’t just refuse to condemn militia groups on the debate stage, he actively encouraged them throughout his presidency,” Psaki said.

“So what we’ve seen are the tragic consequences of that — when people think it’s OK to take the law into their own hands instead of allowing law enforcement to do its job.”

Rittenhouse in a recent interview accused Biden of acting out of malice towards him and defaming his character. There is widespread speculation that the teen will file dozens of lawsuits against numerous characters who made false accusations against him before and over the course of the trial, including President Joe Biden.