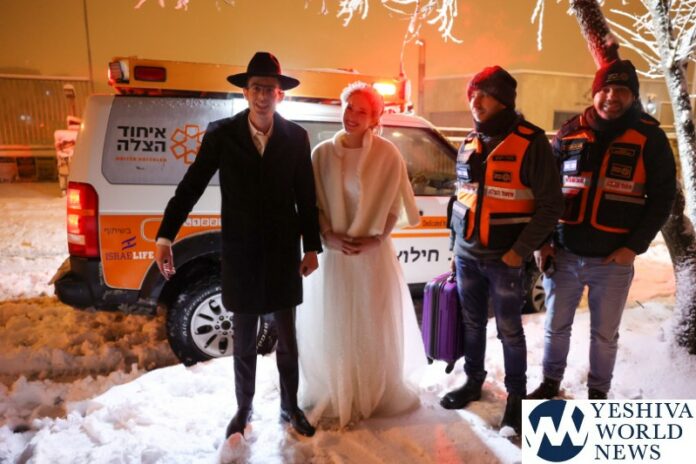 As the Elpis storm arrived in Israel on Thursday night, covering Jerusalem in white, United Hatzalah received countless calls about people who were stuck in various areas or in their cars.

But they received their most memorable call of the night close to midnight about a chassan and kallah who got married in a hall in Ma’ale HaChamisha, located just off the Jerusalem-Tel Aviv highway, which was blocked due to the snow.

Many guests, including the chassan and kallah, couldn’t reach their homes in Jerusalem as their cars weren’t equipped with snow tires.

Hatzalah volunteers came to the rescue and delivered the chassan and kallah safely to their home in a vehicle equipped for the snow. 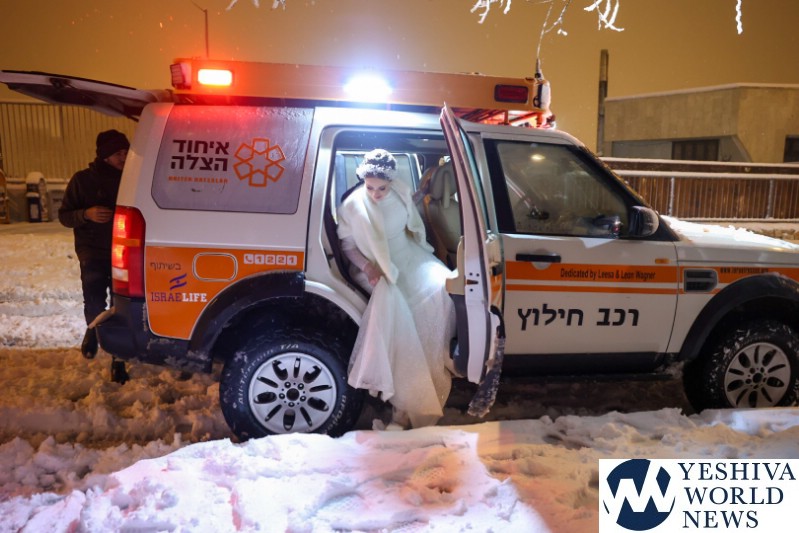 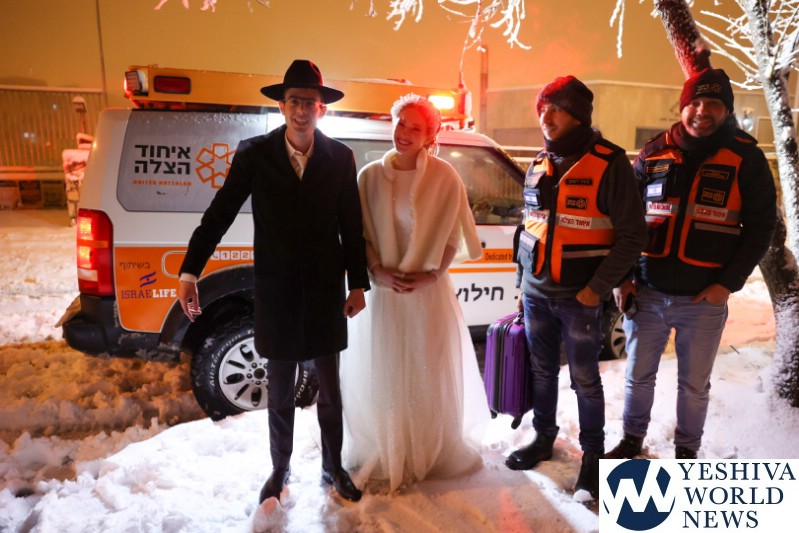 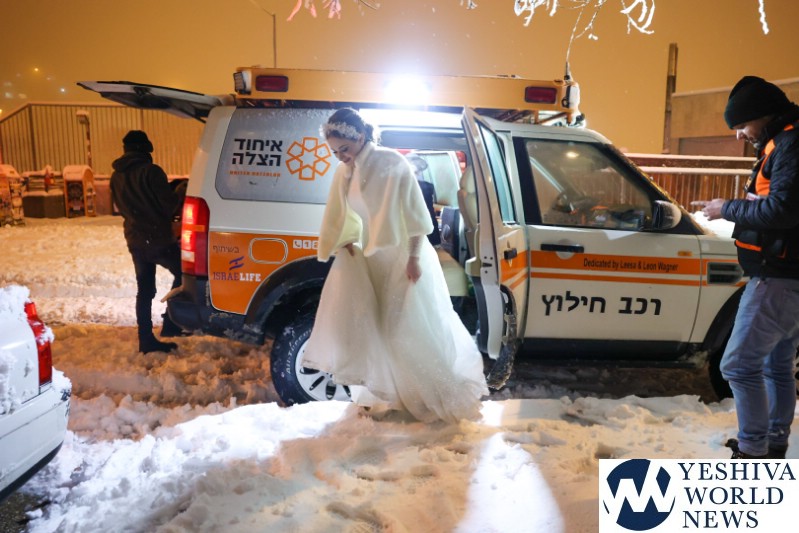 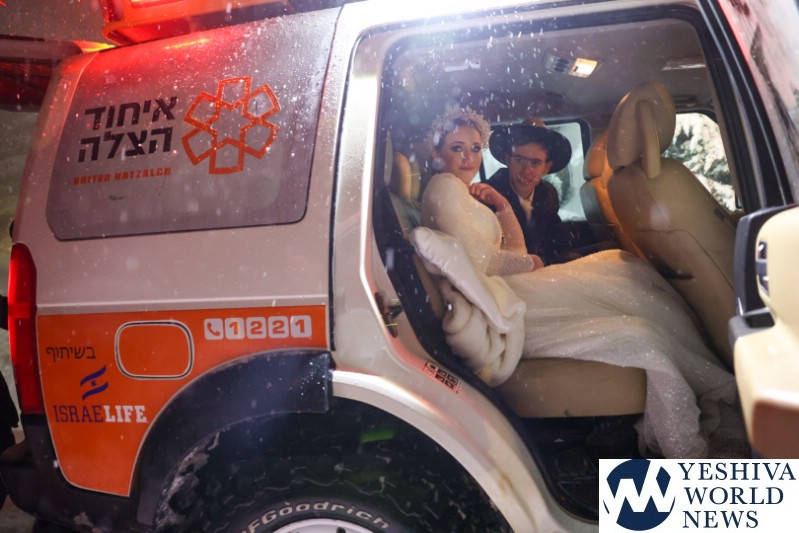 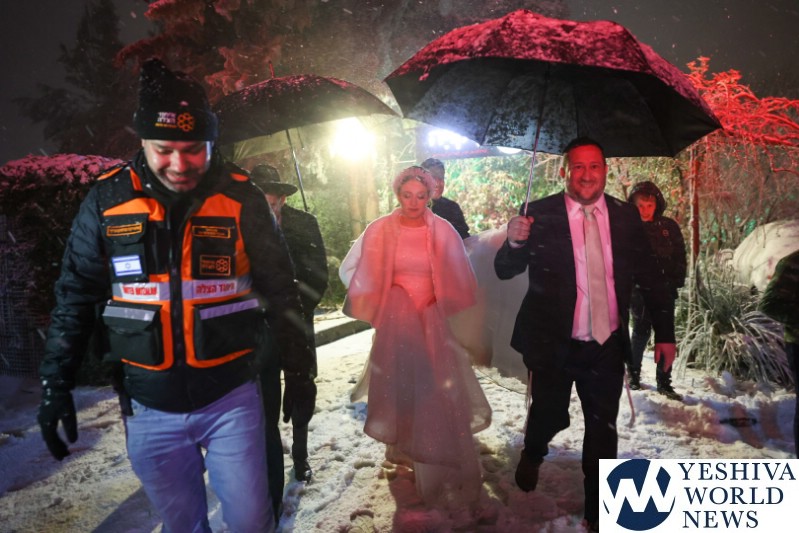 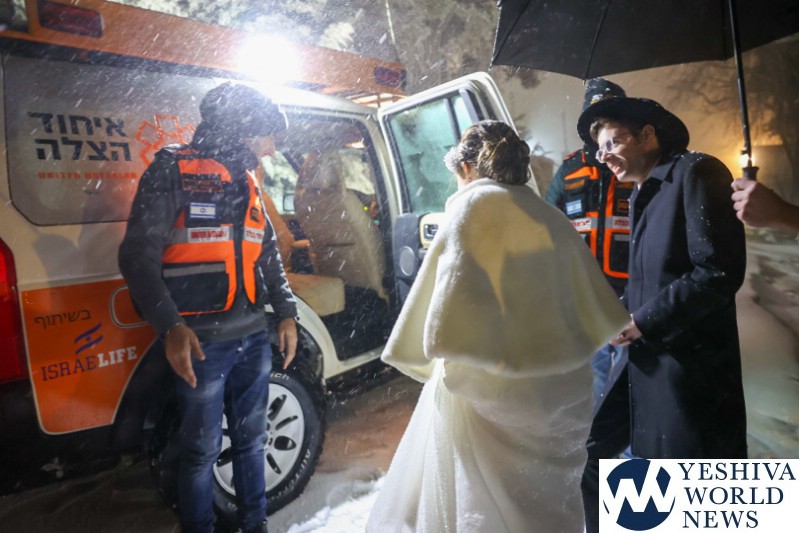