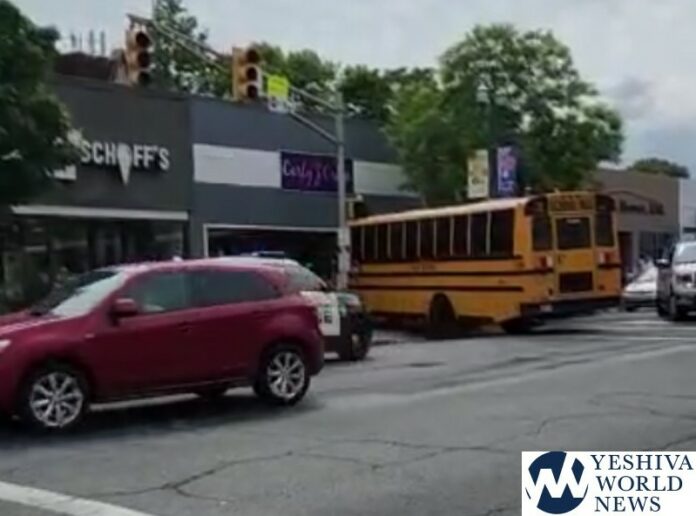 A bus driver in Teaneck suffered a medical emergency while driving and slammed the 40-foot vehicle into a clothing storefront, Tuesday afternoon.

Bystanders observed the bus coming down Garrison Avenue before barreling through a usually busy intersection at Cedar Lane, before rolling through a sidewalk seating area and smashing into the front of Carly’z Craze, a clothing and fashion store.

EMS took the bus driver to a local hospital. His condition was not immediately known.

There was one casualty in the mishap: a clothing mannequin from the storefront was tossed headfirst onto the sidewalk during the crash, and was later determined to be unsalvageable.