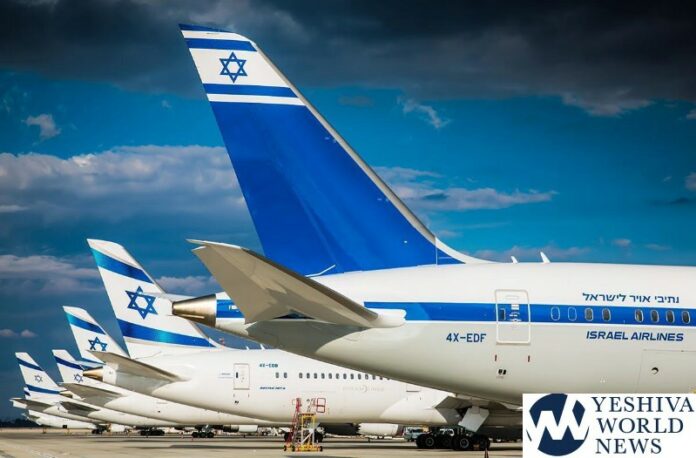 I write this as I sit on El Al Flight LY1 from TLV to JFK. I am traveling with my family and my youngest daughter has a diagnosis of Downs Syndrome. I have flown countless times to countless destinations worldwide and I wanted to publicize that the crew on this flight is outstanding! They are professional, caring, mindful of the passengers myriad situations and needs, and they have been handling any and all issues with aplomb.

One flight attendant pulled me aside and asked me if my daughter had any specific needs while flying or if she had any fears or anything he should be aware of. I have never been asked that question while flying with her before. I was touched by his sincerity.

Several frum male passengers had requested to switch seats for reasons of tznius and the El Al flight attendants handled the requests with such admirable respect.

I am truly shocked. On other airlines the flight staff are generally biased toward the frum and create massive issues when such requests are made. Chilul HaShem generally follows as people get angry and make a scene in order to have their needs met. In contrast, El Al’s flight crew is something to behold.

The flight crew of Levi Lior, Bar On Ofer, and Masa Shlomi, led by manager Madmony Bar Keren are sterling examples of what flight attendants – and excellent employees in general – should be. They bring credit and honor to El Al and I am grateful to be flying with them today.

Ignore the minority of people who have nothing nice or positive to say and notice the simple fact that we should be incredibly grateful for El Al and the exemplary service they provide – especially for frum Jews like myself.