Thousands of volunteers answered a call to donate blood on Monday, hours after a gunman opened fire on thousands of people attending a concert on the Las Vegas strip, killing at least 58 and sending more than 500 others to area hospitals.

Clark County Sheriff Joseph Lombardo stressed the need for blood donations during an early press conference Monday, and was later joined by other officials urging more volunteers to step forward.

“If our people want to do something and they are healthy, then please donate blood,” Las Vegas Mayor Carolyn Goodman said. “We will have plenty of banks available, always call a hospital where to go.”

Gov. Brian Sandoval thanked paramedics and first responders and described the scene as “a warzone.” “We need blood,” he said.

Photos taken by witnesses at multiple donation centers showed lines of volunteers snaking through parking lots. Rep. Ruben Kihuen, a Democrat whose congressional district includes a portion of Las Vegas, visited a hospital where some of the victims were taken.

This is the line to donate blood in Las Vegaspic.twitter.com/NapJJgK3HW

LOOK: parking lot of blood donation center on Charleston is full. At 3:48am. #Vegas is strong and compasionate. @BethFisherTV @ktnv pic.twitter.com/ltcQ3P6a9K

#VegasStrong out in force to support those in need after the horrific action last night! Come out and help anyway you can. #DonateBlood pic.twitter.com/f1ZRrMwbD5

The line to donate blood is out the door at United Blood Service. People have been here all night waiting for it to open #GMLV pic.twitter.com/D5VQeEjAYF

Another pic of blood center. My friend there says line is out the door. Again, this was at 4:15. People care. @KTNV pic.twitter.com/Was1prG8Ml

Pic from inside blood donation center on W Charleston. Packed. You can help too @KTNV @BethFisherTV pic.twitter.com/tPemr6ikyq

It’s 6:40 am, and there is a line out the door and around the block. People waiting to donate blood at United Blood Services. #RJ pic.twitter.com/sGRMpUOHXc 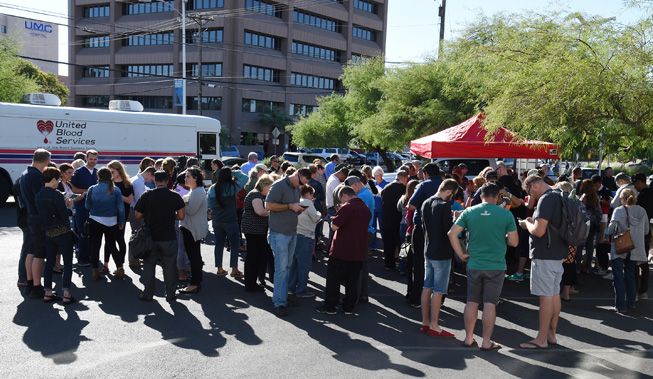 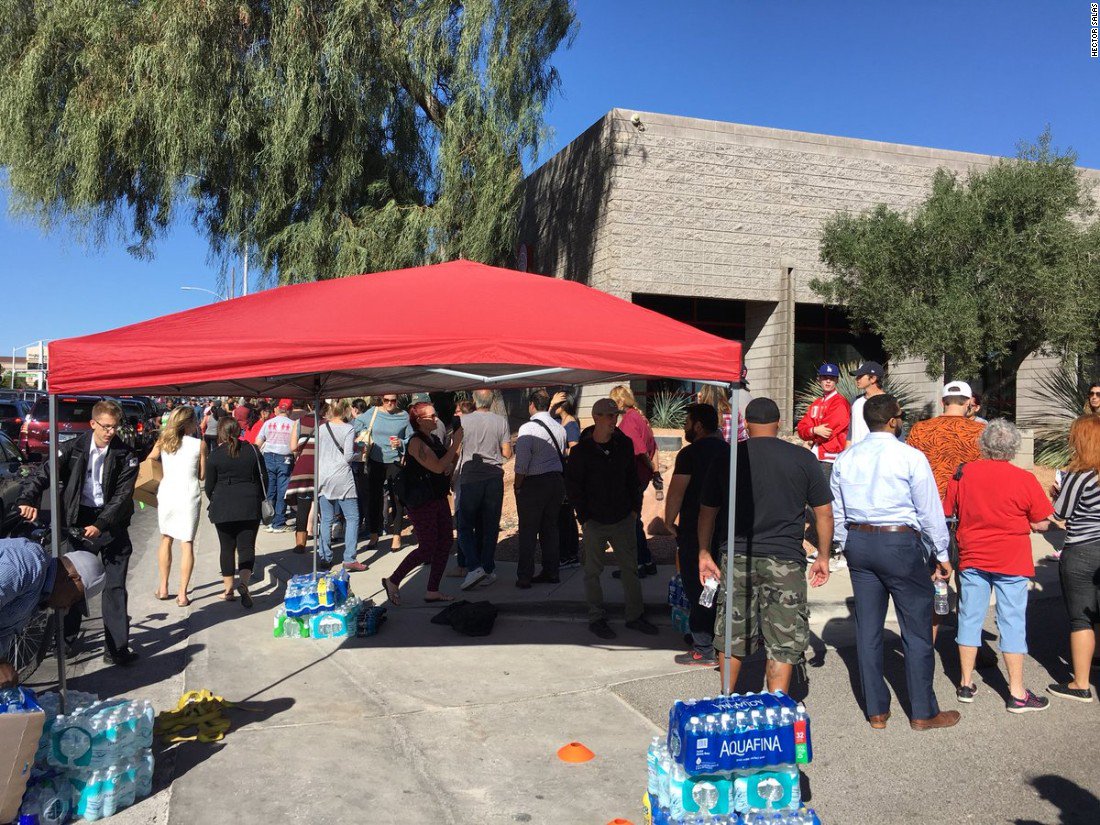 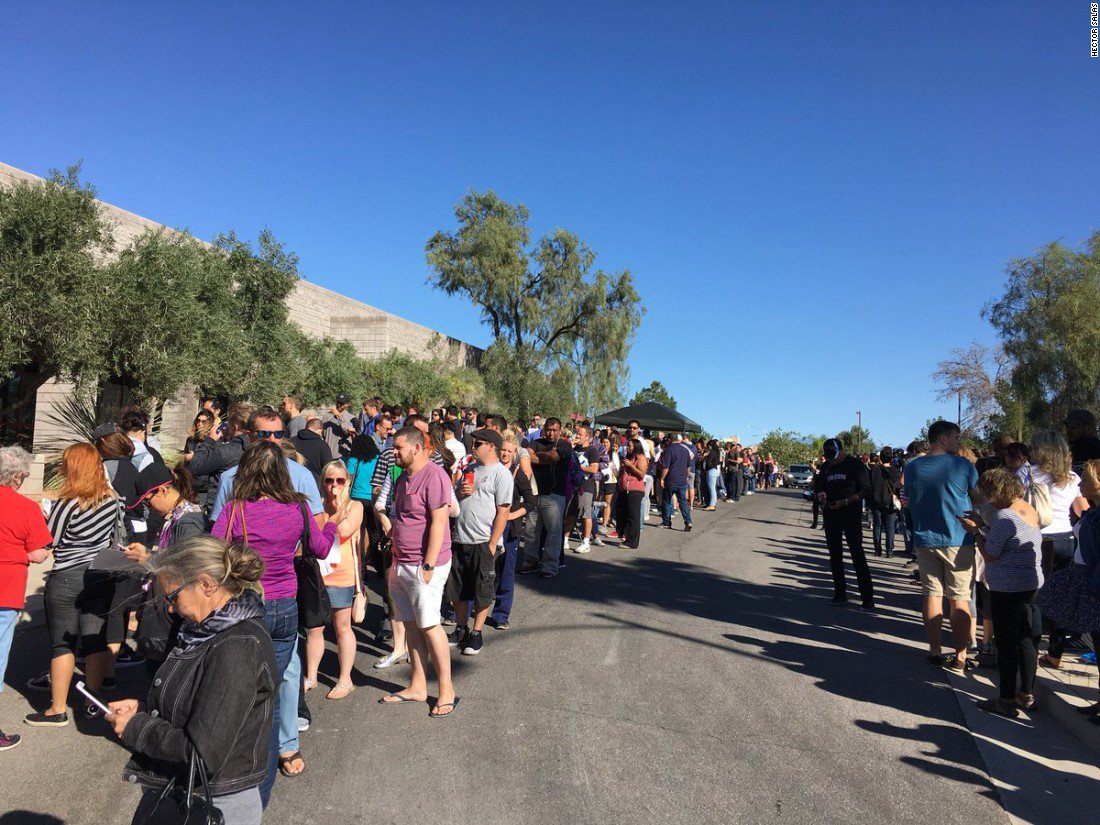 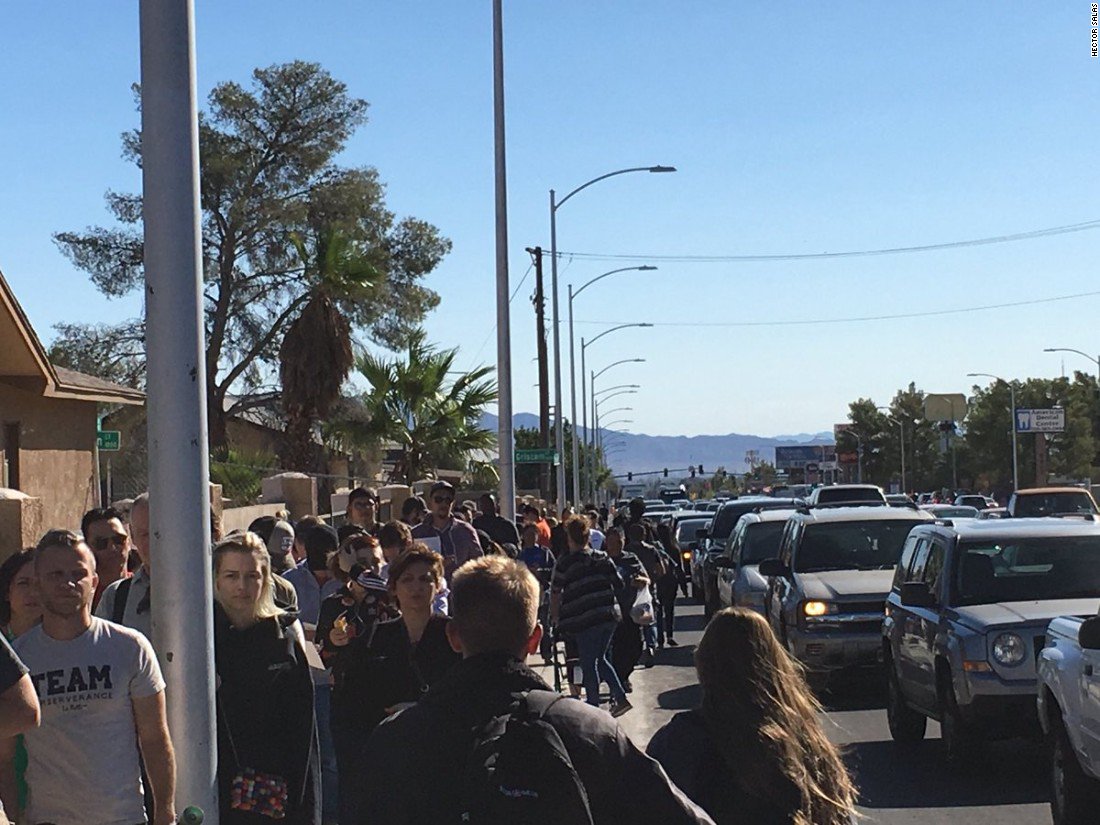