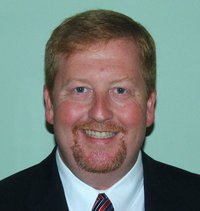 A Jewish website posted a sensational story yesterday about Hikind’s Republican challenger – Brian Doherty. That website claimed that Doherty, who is running an uphill battle against incumbent Democratic Assemblyman Dov Hikind, accepted a contribution from a holocaust denier. However, the website gave no proof of this contribution nor did it give Doherty the opportunity to respond to its claim.

In an exclusive interview with YWN, Doherty strongly denied the accusation, “This is a complete fabrication. I have no such contributions and I believe this is an act of a desperate man: Hikind,” said Brian Doherty to YWN who then went on to condemn Holocaust deniers. “I strongly disagree with any such philosophy of anyone denying the Holocaust. I urge everyone to see this dirty trick for what it is. Utter nonsense,” Doherty concluded.