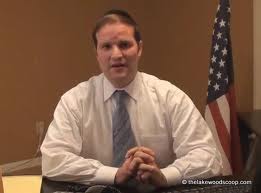 The race for Lakewood Township Committee has been won by Isaac Akerman (R). He defeated Marta Harrison (D).

34-year-old Akerman was an Independent candidate who switched to the Republican ticket after Singer, also a state senator, bowed out of the race, citing the governor’s position against dual offices.

54-year-old Harrison is an entrenched county Democratic Party leader and two-term local committeewoman who came out of a seven-year retirement from public office.