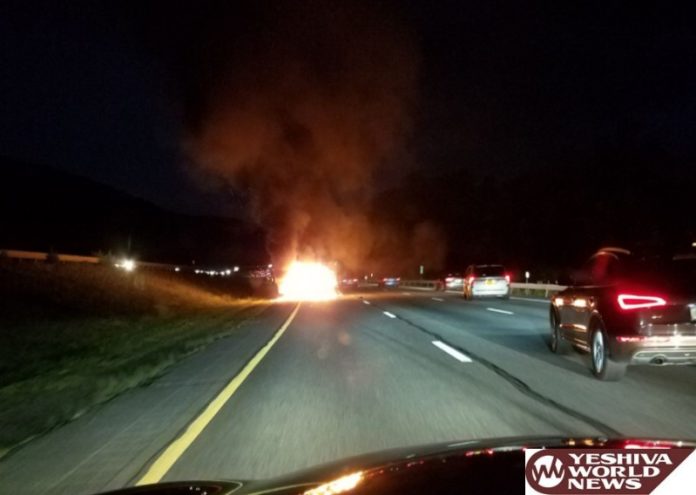 Emergency personnel were at the scene of a vehicle explosion on the I-87 / NYS Thruway on Monday night, and multiple critical victims were reported.

Kiryas Joel Hatzolah along with the Tuxedo Fire Department were on the scene on the Thruway between Exits 15 and 16 at around 9:30PM.

Eye witnesses are reporting that the vehicle burst into flames – with the occupants trapped in the vehicle.

Two victims were in critical condition, and two choppers were requested to airlift them to a burn center. An additional two victims were being transported by ambulances to Westchester Trauma Center in Valhalla NY.

The choppers were landing on the highway, causing the complete closure of the highway in both directions causing traffic to back up on a holiday weekend for many miles.

Police were investigating the possibility of fireworks inside the vehicle. 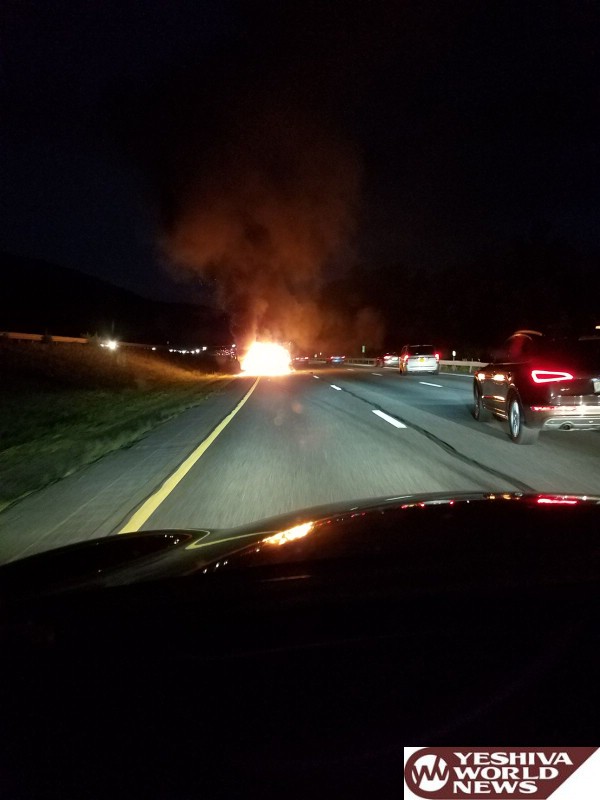