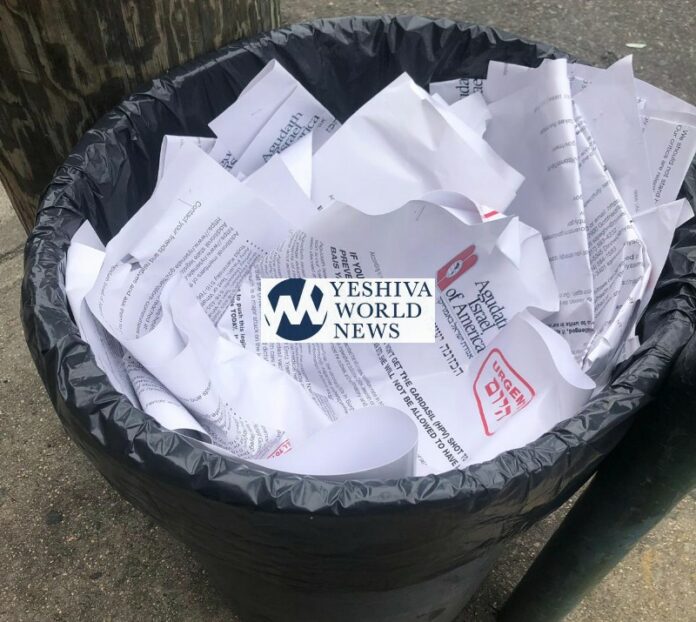 Knowledgeable insiders tell YWN that over the past several months, fraudulently written legislative memos and letters ostensibly penned in the name of Agudath Israel of America, have been sent to legislators, media outlets and posted in public places pushing various political agendas.

On Tuesday morning, street poles in Flatbush, Boro Park, and Far rockaway were plastered with yet another round of fraudulent posters pushing a frightening & alarming legislative danger to the Orthodox community by anti-vaxxers.

Agudah issued a rare strongly worded statement repudiating the misuse of Agudah Israel of America’s name slamming it as “compete forgeries” & “illegal” and “contrary to Halacha.”

The fraudulent use of Agudah’s name is just the latest brazen & irresponsible actions by discredited anti-vaxxers. YWN will be closely monitoring this developing story and will update our readers as the names of the perpetrators are revealed and held accountable for their illegal and reckless actions.

The following is the memo from the Agudah:

Please be advised that a number of fake legislative memos have been sent out in the name of Agudath Israel, some even on what appears to be its letterhead.

Some of these fraudulent documents have been sent to the media, others to legislators, and still others have been posted in public areas.

These memos are COMPLETE FORGERIES and Agudath Israel disavows any association with them. Any authentic public communication sent from Agudath Israel will always have the name and contact of a staff member for easy authentication. They will also be posted on our website, Agudah.org, and on Twitter @AgudahNews.

Should there be a question about authenticity of a document or statement that purports to come from Agudath Israel, please, as always, contact Agudah’s Media Affairs Department for verification.

Any misuse of the Agudah name is illegal, and, of course, contrary to Halacha. 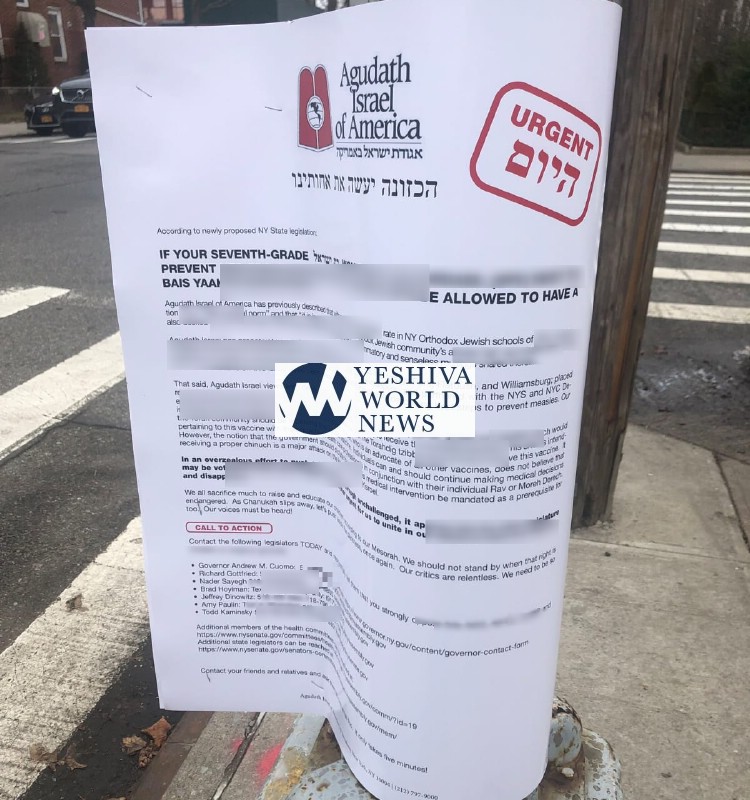