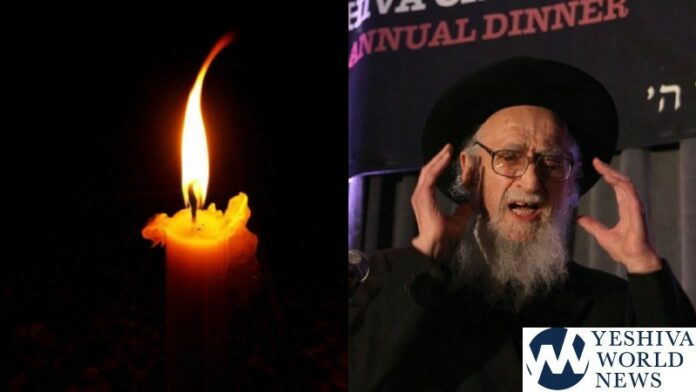 YWN regrets to inform you of the Petira of Hagaon HaRav Chaim Dov Keller ZATZAL, the Rosh Yeshiva of Telshe Chicago. He was 90 years old.

The Rosh Yeshiva had been on a ventilator after contacting COVID-19 in March, and unfortunately never recovered.

As one of the senior roshei yeshiva in the United States, Rav Keller served as a member of the Nesius of Agudas Yisroel of America.

Rav Keller was born in New York City and attended the Telshe Yeshiva after it was established in Cleveland, Ohio in 1940 by HaRav Chaim Mordechai Katz and HaRav Eliyahu Meir Bloch. Rav Keller became a student and disciple of Rav Bloch in particular.

The Rosh Yeshiva joined the Telshe Yeshiva in Chicago in 1960 – one year after it was started by his brother-in-law, Hagaon HaRav Avrohom Chaim Levin ZATZAL, and HaRav Chaim Schemelczer. Together they built one of the most respected Yeshivos in North America.