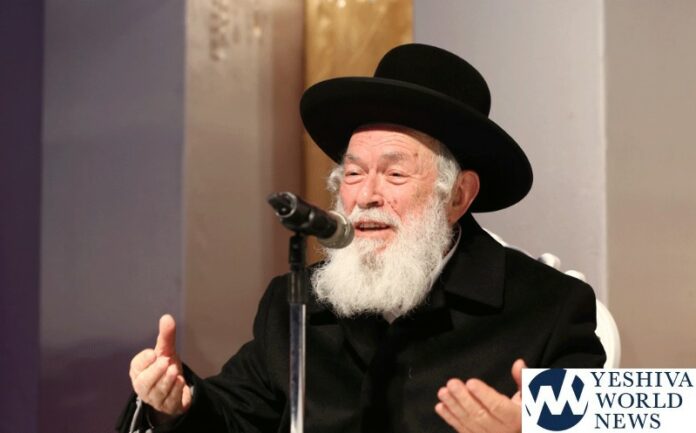 Hagaon HaRav Yitzchak Zilberstein, a member of the Moetzes Gedolei Hatorah, the Rav of the Ramat Elchanan neighborhood of Bnei Brak, and the son-in-law of HaRav Elyashiv, z’tl, paskened that Jews are obligated daven for the refuah shleimah of President Trump due to the obligation of Hakaras HaTov (gratitude).

HaRav Zilberstein initially responded that he’s not worthy of paskening on the issue, saying that this can only be decided with the approval and at the instruction of Gedolei Yisrael since it’s only appropriate for a great Jewish leader to call to daven for the most powerful leader of the nations of the world.

However, Rav Zilberstein then added that in his opinion we are obligated to daven: “It’s a great obligation to daven for the refuah of Trump and this is due to the din of Hakaras HaTov and this is how Hagaon HaRav Yosef Shalom Elyashiv paskened.”

The Rav added that we should daven for Trump using his name and the name of his father, Donald John ben Fred Trump, noting that this is what the Maharshal writes.