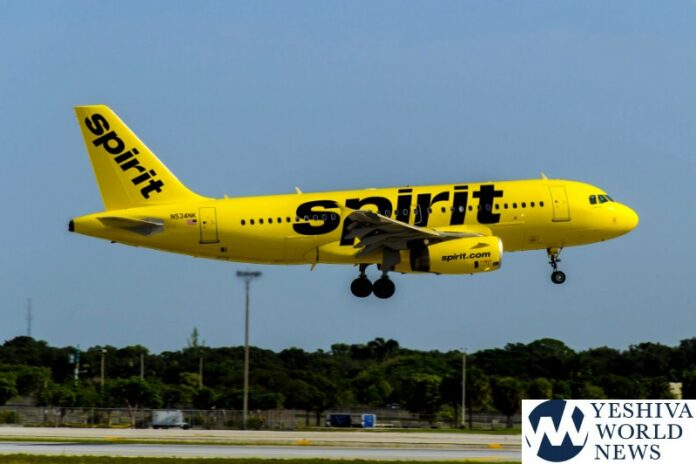 In the next shocking abuse of power by an airline, a family has been banned from flying three weeks after their flight.

A family member tells YWN that they flew from a NY area airport to Florida in mid-January in a noneventful flight. The mom, dad, and their five children were masked as required by law, and had no altercation with any of the flight crew. They never left their seats, and sat in their assigned seats the entire flight. Not a word was said to the family about any mask issue or any other issues during the entire duration of the flight.

Shockingly, three weeks after their flight, the mother and father received two certified letters via FedEx stating that they since they were not in compliance with the mask mandate, they were now banned from using the airline.

“You were aware of this (mask mandate), but still refused to wear a face covering onboard (the flight)”, the letter reads. “Your failure to comply with spirit’s face covering policy and crew member instructions despite numerous requests caused great concern to your fellow guests and crew”.

“As a result of your aforementioned behavior, Spirit Airlines has determined that you are no longer permitted to fly with us, and we have placed you on a list for that purpose. You are also barred from entering Spirit’s facilities. If you seek to circumvent this, any ticket that you purchase will be forfeit without a refund. If you come into our facilities, we will report that trespass to the appropriate law enforcement authorities.”

The letters ends by Spirit saying that the family has to contact them in two years from the date of the letter to request that Spirit revisit the restrictions. 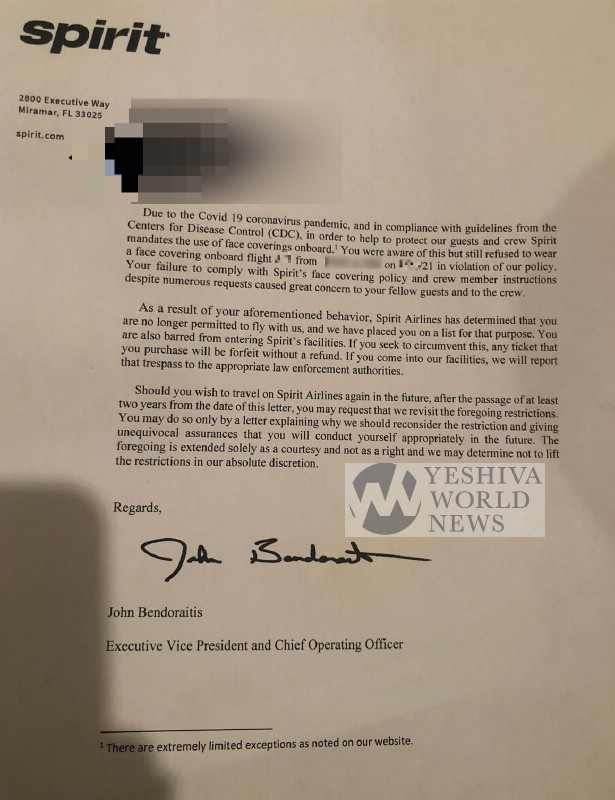