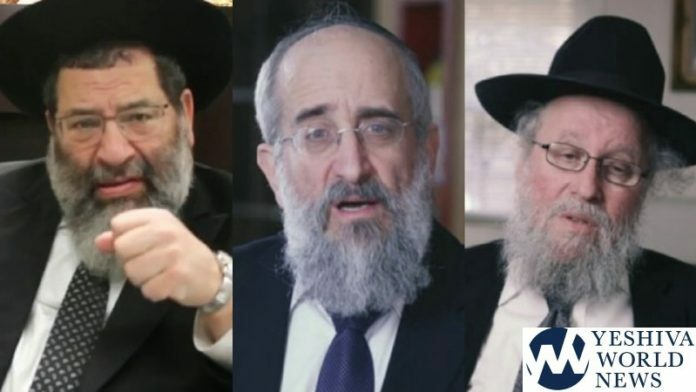 For the past month, the yeshiva community has been up in arms about the regulations proposed by the State Education Department. In an interview with Hamodia, Congressman and Republican candidate for Governor Lee Zeldin shared his views about the State’s effort to regulate yeshiva curriculum, declaring that “I believe parents, not Albany bureaucrats, should shape their child’s education.”

Zeldin also criticized the recently proposed regulations for allowing anyone, even if they are not a student or parent, to trigger an investigation of school by filing a complaint.

“Why allow virtually anyone to act as an aggrieved party in a complaint with the state, even if they don’t have any connection to the school in question? “ Zeldin says. “It suggests that the Orthodox community continues to serve as a favorite target for Albany Democrats, whether the redzoning of Orthodox neighborhoods during COVID, closing shuls but allowing casinos to remain open, or unfairly singling out yeshivas for regulation.”

Zeldin’s comments were seen as a breath of fresh air by yeshiva advocates.

Several weeks ago, HaRav Elya Brudny of the Mir, Rav Yaakov Bender of Darchei Torah and Rav Yisroel Reisman of Torah Vodaas wrote to State Education Commissioner Betty Rosa to express their concern about the proposed regulations and to request a meeting.

“We are writing to express our concern about the proposed substantial equivalency regulations that were recently released by the State Education Department. If adopted, these regulations would transform the relationship between the State and yeshivas and other private schools and would empower local school boards to require yeshivas to transform their educational emphasis. We hope you will grant us the opportunity to meet with you to discuss our concerns. In advance of any meeting, we will briefly outline our primary concerns with the regulations.”

Commissioner Rosa has not responded to the Roshei HaYeshiva’s letter or to their request for a meeting. Governor Kathy Hochul has not yet offered any public comment on the proposal to regulate yeshiva education.

YWN will continue to keep readers updated on any developments on the yeshiva regulation crisis. For now, Lee Zeldin — and not those currently in power in New York — is filling the role of the chochom.