An individual named Moshe Meisels wrote the attached letter to President Trump asking for Eli Weinstein to be pardoned.

The man says he is owed $23 Million by Weinstein, but still wrote to the President pleading to have Weinstein pardoned.

The letter is attached below. 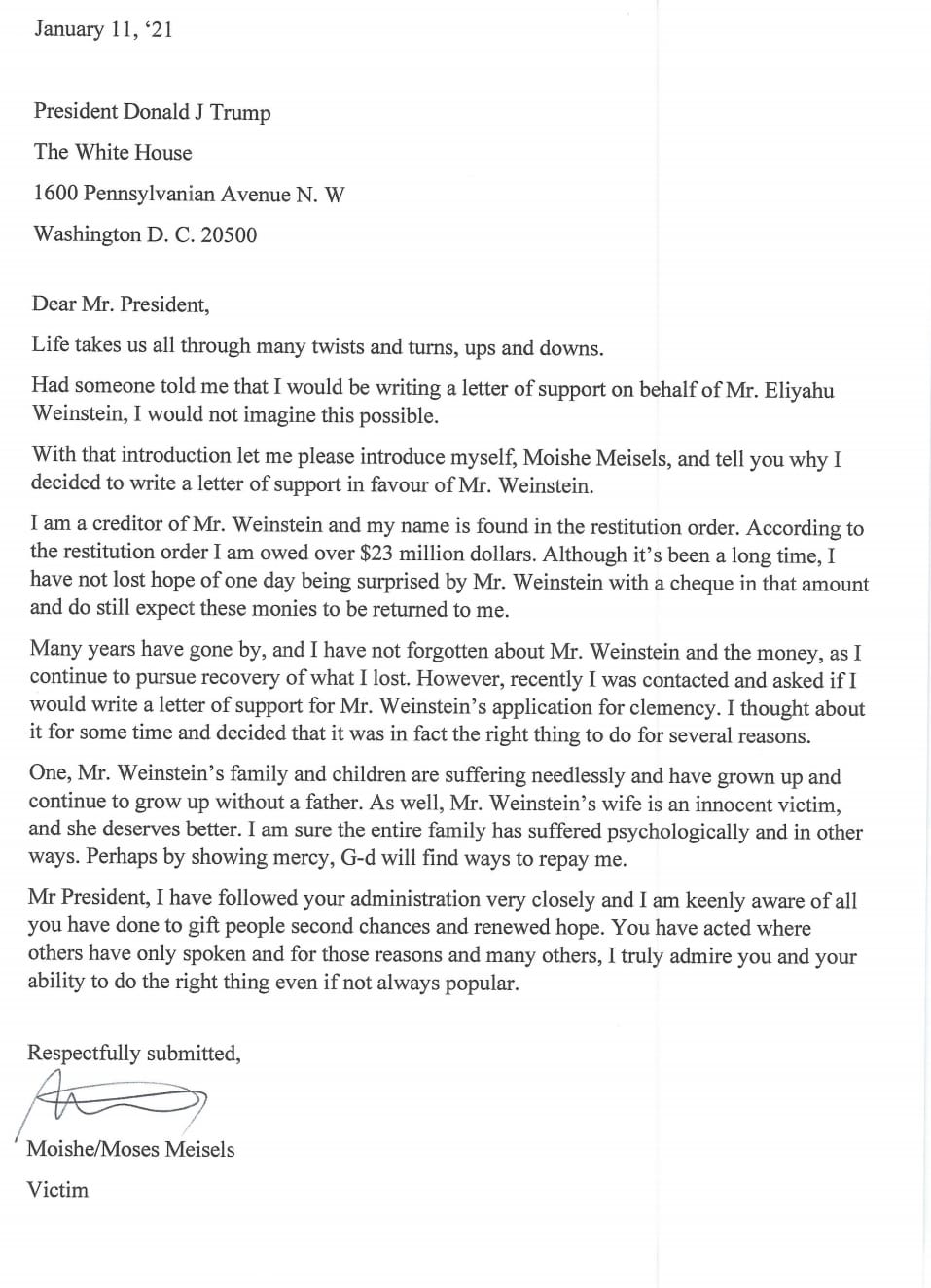