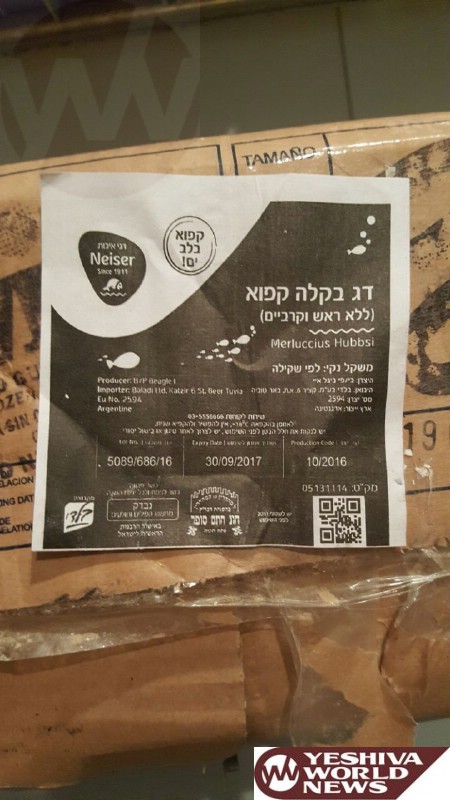 According to a report on Rotter, earlier in the week, a carton of cod fish produced by the Biladi Company with a hashgacha from Badatz Chug Chassam Sofer Petach Tikvah was opened by the kitchen staff of the Israel Police Academy. Instead of cod fish they found treif seafood in the box and Baruch Hashem, the alertness of the mashgiach prevented possible use of the fish.

The Chief Rabbinate of Israel and the Biladi Company stopped distribution nationwide to permit checking each carton. It is pointed out this case involved commercial cartons of cod fish and not retail packages sold in supermarkets. 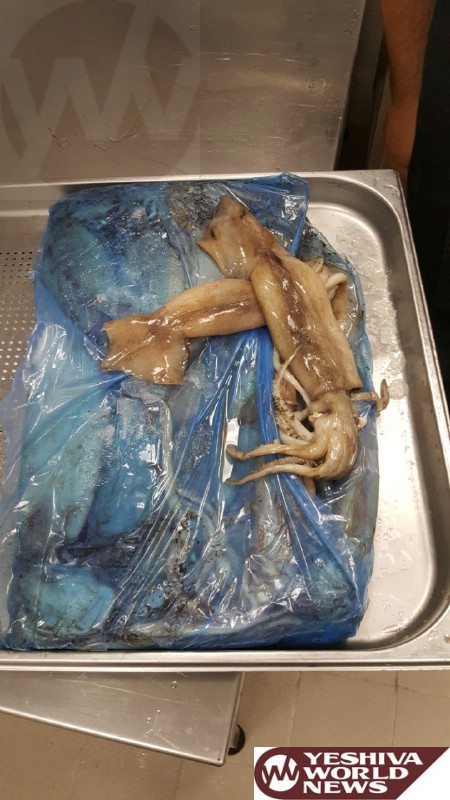