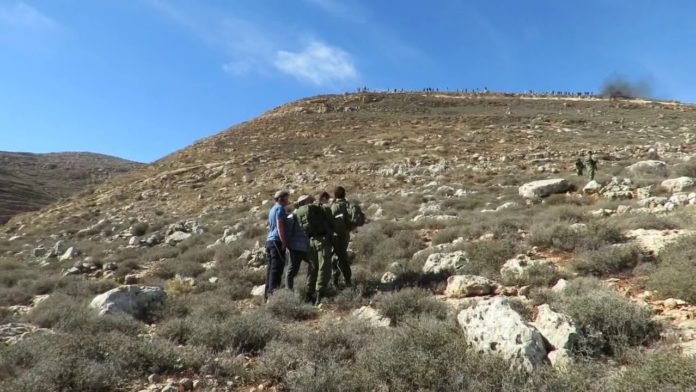 Dozens of Arabs rioted in the village of Kutzra on Monday morning, located in the Shomron, the site of the attempted lynching of children, as they suddenly came under attack by dozens of PA residents.

In the violence on Monday morning they threw stones and burned tires, as seen in the accompanying video. The IDF responded, declaring the area a ‘closed military zone’. In the second video, we see them working tenaciously until they succeed in rolling a large boulder down the hill to kill the Jews down below.

There were no reports of injuries among intended victims. One rioter was injured by IDF gunfire according to Arab media reports.