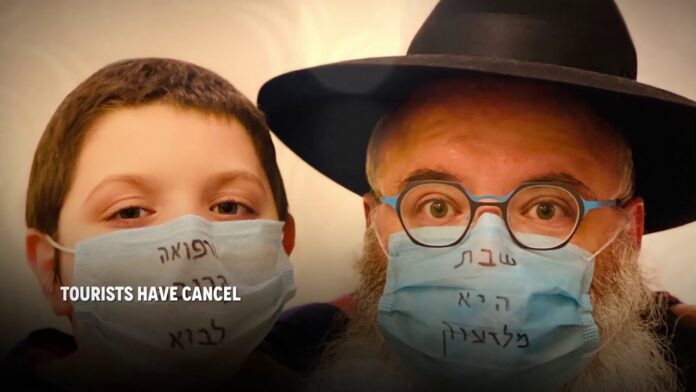 If you are a Jewish person on business in China, chances are you’ve been serviced by one of the country’s thirteen chabad houses. Today, in the wake of the coronavirus, hundreds of these business people, and many others, are paying it forward with awe inspiring support. And you can too.

Five days into its campaign, “Unite for Judaism in China” has reached global engagement for the chabad houses affected by the virus.

The campaign, held at charidy.com/corona, has brought together 103 teams, comprised of amazing and kind volunteers, who are giving their heart and soul to ensure that these Chabad shluchim can continue to meet their most essential financial needs during the crisis.

With funds raised now approaching $400,000, the campaign nears its halfway mark―thanks to the donations of more than 1,900 givers. “It’s heartening to see these business people returning the support they received to the shluchim who welcomed them into their homes in China. Now that they are struggling to support themselves, this return of support and care is felt deeply by the shluchim and by the Chabad community as a whole,” says Mica Soffer, Publisher and Editor of Jewish news website COLlive.com.

This number is quickly climbing. And not only in donations. The campaign has stirred a response that bridges diverse Jewish communities across the planet. An article is now in print at Ami Magazine, online on YWN, VIN News and others websites who have graciously collaborated on this effort. The campaign has been shared by numerous and notable influencers, including Meir Kay, all of whom have rallied their followers in support of the cause. The campaign was also featured Tuesday on the Nachum Segal Radio Show at 7:35am EST.

The combined force of these outlets has generated much needed attention and action. Every campaign dreams of achieving some level of virality. In this case, a campaign predicated on helping those whose lives and livelihoods have been impacted by an actual virus, labeling these activities as “viral” can be problematic. People are in pain. Lives have been lost. Yet, the kind of outpouring support that has emerged over the past four days has resulted in what some have begun to call, a “viral” campaign for good.

This widespread momentum is critical to reaching the $1,000,000 goal. All funds raised will provide direct financial stability to communities whose income has relied primarily on the support of tourism and trade in China. For the thirteen chabad houses participating in this campaign, these support systems have been completely interrupted due to quarantine.

To learn more and to give your support, please visit Charidy.com/corona.