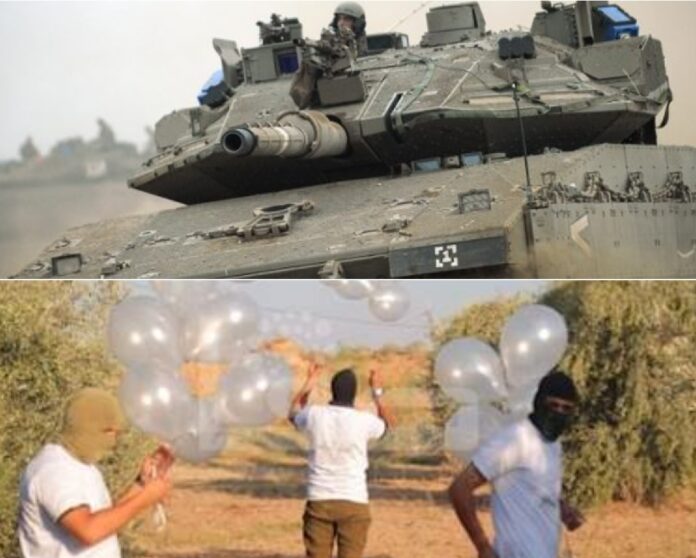 The IDF attacked Hamas terror targets in the Gaza Strip once again early Tuesday morning in response to the continuous launching of arson balloons into southern Israel, the IDF Spokesperson’s Unit stated on Tuesday.

Incendiary devices attached to arson balloons sparked at least 36 fires in southern Israel on Monday, Israel’s Fire and Rescue Services stated. A bundle of incendiary balloons landed on Monday morning at an IDF base in southern Israel, a Channel 12 News report revealed.

Defense Minister Benny Gantz threatened to escalate the Israeli response to the continuous launching of arson balloons on Monday while on a visit to the Iron Dome defense battery in southern Israel together with the commander of the IDF’s Air Defense Division, Brig. Gen. Ran Kochav.

“The heads of Hamas need to know – when balloons explode here, the explosions over there [in Gaza] will be much more painful,” Gantz said.

Due to the escalation in the south, the IDF reinforced the Iron Dome batteries in the south in recent days.