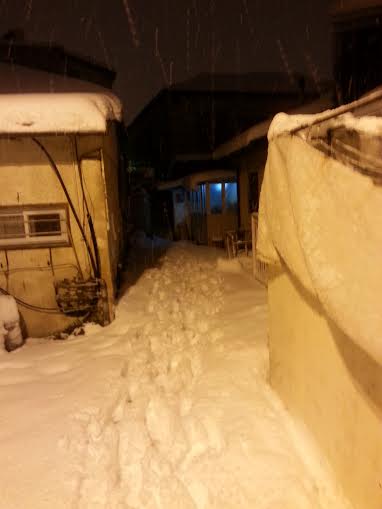 Yerushalayim has officially declared a public emergency. After being battered with 8 – 10 inches of snow including snow drifts of 1 foot, the city has been ill equipped to react to a blizzard of this magnitude. To make matters worse, hundreds of cars are stranded on the Tel Aviv to Yerushalayim highway. All bus lines have been canceled until further notice.

The IDF’s elite 669 search and rescue unit, MDA and Ichud Hatzalah have been struggling relentlessly to rescue the drivers and passengers. In addition, they have assembled makeshift shelters to temporarily house the stranded drivers.

The Jerusalem-Tel Aviv Highway as well as Highway 443 have been closed by the highway officials. 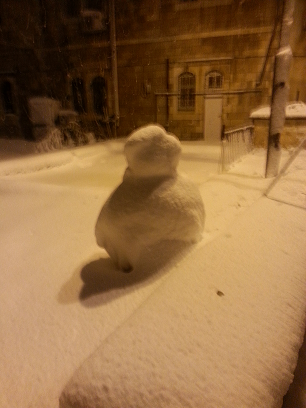 Hundreds of drivers have been evacuated to the International Convention Center, or Binyanei Hauma, in Jerusalem, where they are being forced to wait until roads clear up.

Elsewhere, heavy rains and punishing winds brought down trees and flooded out roads.

Mayor Nir Barkat has called IDF Chief of Staff Benny Gantz to mobilize his forces to help assist in the response.

A detailed article will be published a bit later.