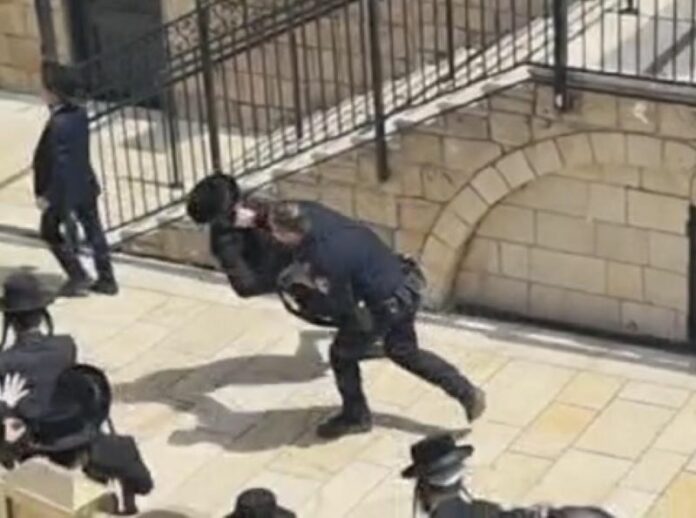 Conflicts broke out on Thursday at Meron between a group of yeshivah bochurim and police at the site.

The bochurim arrived at the site for the last day of bein hazemanim, Erev Rosh Chodesh Iyar, and began dancing and singing on the roof of the tzion.

For some reason, the police ordered the bochurim to leave and that’s when the conflict began.

A police statement said: “Young Chareidi extremists came to Kever Rashbi in Meron and began violent riots that included an attempt to destroy the new infrastructure that was built for the upcoming Lag B’Omer while disturbing the public and the mispallelim who were present. The extremist youth forcefully violated the police officers’ instructions, threw objects at them, and refused to leave. Many police forces were rushed to the site, four suspects were arrested and additional arrests are expected.”