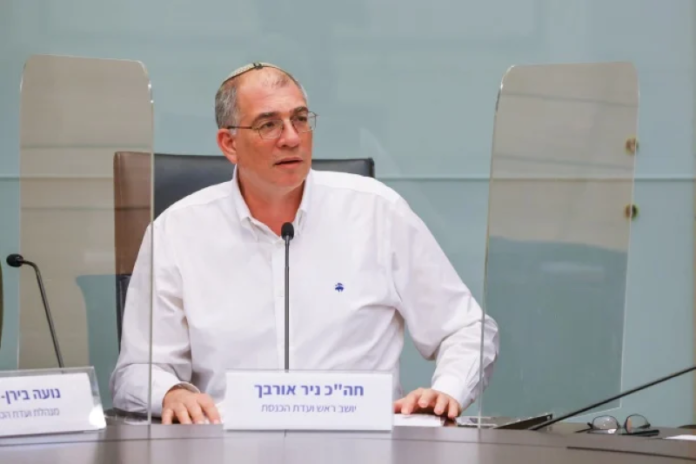 Yamina MK Nir Orbach has made a decision to resign from the coalition and is in talks to join the Likud, Israeli media reported on Wednesday night.

Walla reported on Thursday morning that Orbach met with Prime Minister Naftali Bennett overnight Wednesday at 2 a.m. and informed him that he is leaving the coalition. According to the report, Orback told Bennett that “the Arabs in the coalition are only seeking an ATM machine and not any civic vision.” He added that “I gave it a chance, I paid a price and now I’m left alone and there’s no point in continuing.”

According to various reports, Sederot Mayor Alon David, a former Yamina member, is involved in the negotiations, as well as Religious Zionist party chairman Betzalel Smotrich, who was also involved in the defection of MK Idit Silman. Orbach was reportedly promised a spot on the Likud list in case of new elections.

According to a Kan News report on Thursday afternoon, Yamina MK Abir Kara has also renewed talks with the Likud about defecting from the coalition.

Interior Minister Ayelet Shaked met with Orbach late Wednesday night in his home in Petach Tikvah and convinced him to delay his decision for another few days. Some say that Shaked also wants to leave the coalition but senior Likud officials refuse to guarantee her a spot on the party list.

Shas chairman Aryeh Deri wrote on Twitter on Wednesday: “The coalition finally disbanded this week. Expect surprises soon.” Likud officials were reportedly furious at Deri for his statement, saying that it “harms behind the scenes contacts.”