In his continued effort to force everyone to bow down to him, former President Donald Trump took a swing at Fox News – a former friend of his – claiming that the ultra-successful cable news channel wouldn’t exist without him.

Trump added on Truth Social: “And Fox, which would die without me!” 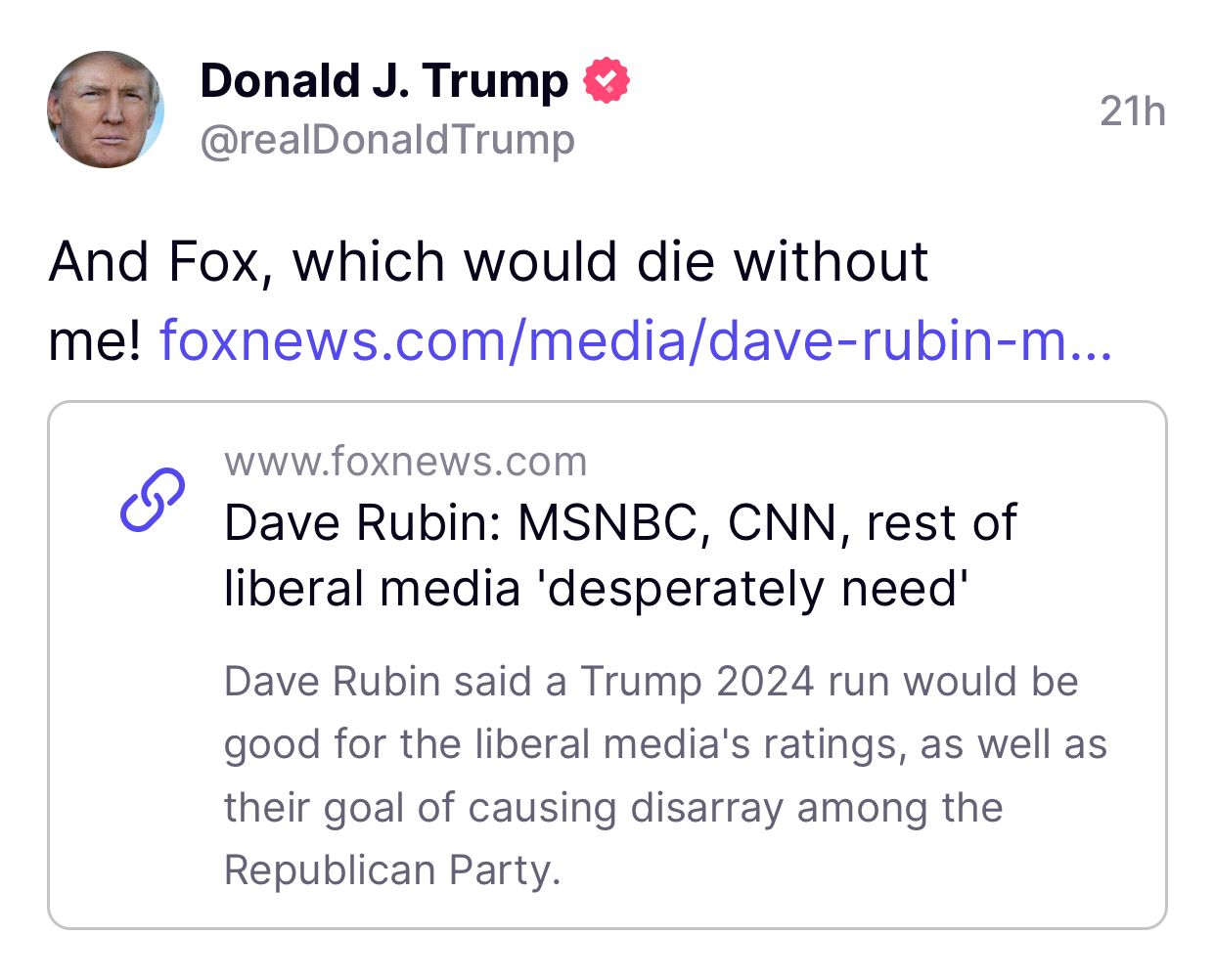 Making things quite ironic, Fox News posted Trump’s comment on its website – the only reason why it is getting any attention in the first place. Perhaps it’s Trump who needs Fox News rather than the other way around.

Regardless, Fox News has been moving away from its coverage of Trump in recent months, and some of its hosts have even been openly criticizing him or downplaying his grip over the GOP. Trump hasn’t been interviewed on Fox News in over 100 days, and other outlets owned by the Murdoch media empire, like the Wall Street Journal and NY Post, have pivoted away from their Trump coverage.

Even so, Fox News’ ratings continue to be dominant. In July, Fox News had more total viewers (1.35 million) than CNN and MSNBC combined (541,000 and 765,000, respectively), and Fox was the third most-watched network in television.

Trump is still a powerful figure, but does Fox News need him to be successful? Not even a little.