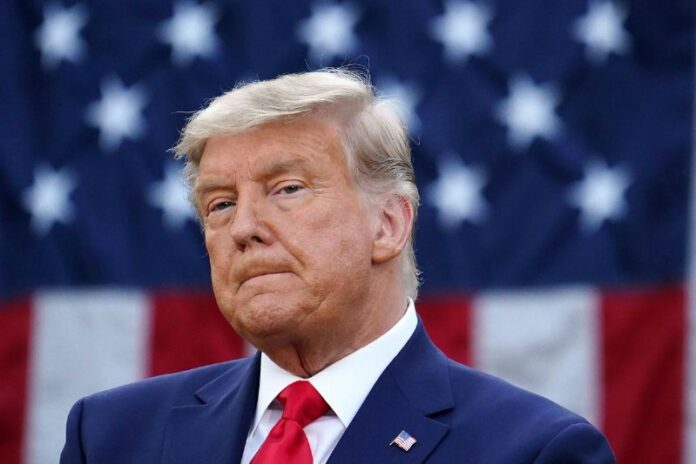 Donald Trump is reportedly scared stiff that people around him – even his professed allies – are wearing wires to record the things he says, with the former president believing that there might be a “rat” in his midst.

As investigations into Trump grow, so is his wariness of the people around him, two people close to him told Rolling Stone. He’s recently asked close allies if they think his communications are being monitored by the feds or “by Biden,” according to sources.

“He has asked me and other, ‘Do you think our phones are being tapped?'” one Trump associate said. “Given the sheer volume of investigations going on into the president, I do not think he’s assuming anything is outside the realm of possibility.”

“He’s talked about this seriously,” the source added, “but I know of one time when he made a joke that was something like, ‘Be careful what you say on the phone!'”

On several occasions over the past few months, Trump has wondered whether Republicans visiting his clubs could “wearing a wire,” according to another Trump associate. Additionally, Trump and some of his closest allies are trying to figure out whether there’s a “mole” or “rat” with inside access to the former president.

Since the FBI raid on his residence in Florida, MAGA loyalists have been trying to get Trump to take their suspicions about certain people in his orbit being turncoats and informants and to investigate them for possible connections with federal authorities.

“I’m getting a lot of messaging saying, ‘This guy must be the informant, and others… calling for the president to start doing phone checks of his staff,” an adviser to Trump said. “To be honest, a lot of it feels like people trying to screw over the ones they don’t like.”

People who spoke with Rolling Stone also said Trump has no evidence that the FBI planted evidence at Mar-a-Lago during their Monday raid, though the former president and his allies have openly floated the allegation.

Stephanie Grisham, who worked as a spokeswoman in the Trump White House, said this isn’t the first time that The Donald has shown paranoid behavior.

“Shockingly, I feel bad for the guy today, as funny as that sounds,” she added. “Trump demands total loyalty, and yet he turns on people at a moment’s notice. And he’s now in this situation where he and his people are wondering who among them could be giving some of his most closely held information to the FBI.”