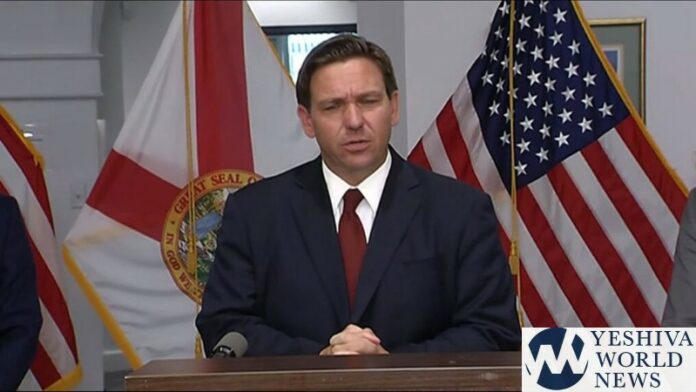 Florida Gov. Ron DeSantis told a reporter that everyone needs to take a breath and relax after being asked whether a “civil war” was breaking out in the Republican Party over whether to support him or Donald Trump in 2024.

“Governor, do you hear there may be a civil war brewing in the GOP, people having to choose between you and Donald Trump?” DeSantis was asked at a press conference.

“No. Look, we just finished this election, okay? People just need to chill out a little bit on some of this stuff,” DeSantis responded. “I mean, seriously. We just ran an election.”

DeSantis pointed out that there is still a Senate runoff race in Georgia to deal with before even discussing another election and pointed to widespread Republican wins in his home state of Florida.

“I know around the country Florida was kind of the biggest bright spot,” he said. “I was not so bright in many other parts of the country. It was a substandard performance given the dynamics that are at play.”