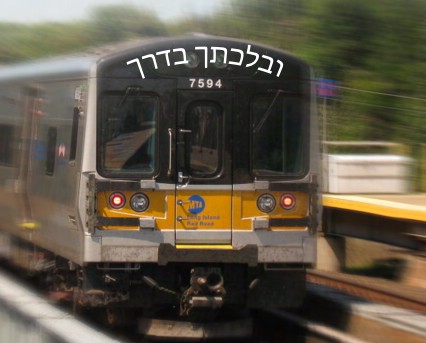 Daily commuter aboard the LIRR, may already be familiar with the scene of the daf yomi classes aboard the two morning trains into the city. But this morning they walked into something unexpected. It was unlike other mornings that this crew learns together during their 45 minute commute into the city for the last twenty-two years. Today train was enveloped in the aura of Kavod Hatorah

Under gray skies, the bright beacon of torah shown in the Far Rockway and the Five towns as a unique daf yomi shuir made a memorable Kiddush Hashen B’rabim. The conductor was in shock as the train pulled into Inwood and was met by an unusually large crowd of people of all ages. This scene was repeated at the various stations along the Five Towns route where packed platforms. Over one hundred and twenty people – men, women and children – boarded the 7:48 am LIRR train at Inwood, Lawrence, Cedarhurst and Woodmere stations to complete Talmud Bavli for the third time.

Yossi Klein began by thanking everyone for coming out despite the inclement weather. Special mention was made, thanking Aryeh Markovich the founder of the daf shuir back in 1991 for his bold idea. “I’m sure our morning commute would look very different were it not for your vision”, said Klein. After Sholom Fried finished the mesechta, Rabbi Adler said the Hadran. Original member Elliot Krischer and his family dedicated the siyum in memory of their dear parents who were niftar this past year. Once the final amen was said, the car erupted in singing and dancing. Shouts of Mazal Tov were exchanged. The feeling of excitement and accomplishment was contagious.

“The feeling of emotion, joy, gratitude to the Ribbono Shel Olam that ran through me and the participants was like a jolt of electricity. As my 12 year old grandson Shmuel Yaakov Cohen said the echo of those words were so loud it was like a Yom Kippur davening” says Elizer Cohen . 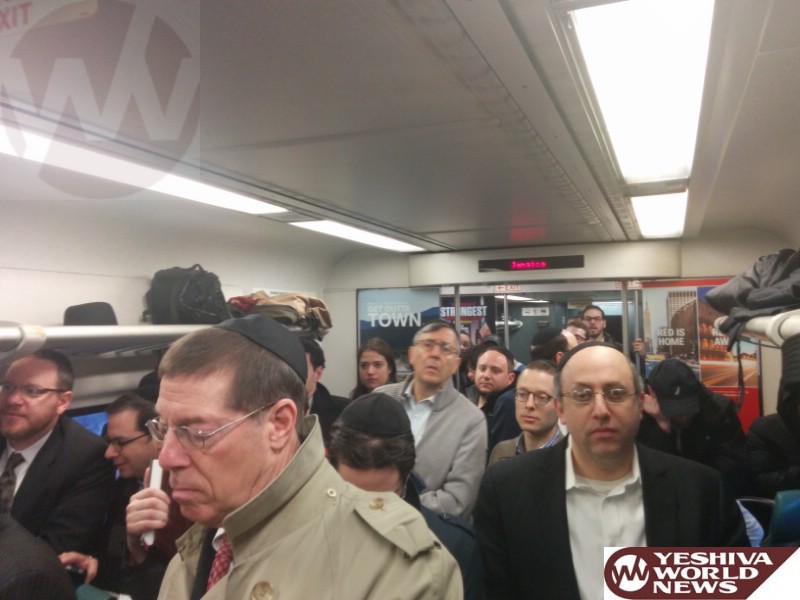 This Siyum was a personification of “v’lechtacha baderech”. There are many people who learn or recite tehillim on their daily commute. But there not many daf yomi shiurim that are given in this type of venue. The first rule for this shiur is “you must be on time”. Due to the train schedule participants and the maggid shiur do not have the luxury of coming a few minutes late.

Railroad personnel were well aware of the celebration. Proud of the positive publicity it has generated, they did everything possible to help make this event a memorable one. Rabbi Pesach Lerner presented the LIRR with a plaque of recognition for their support. Gourmet Glatt sponsored individual bags with Danishes and orange juice. 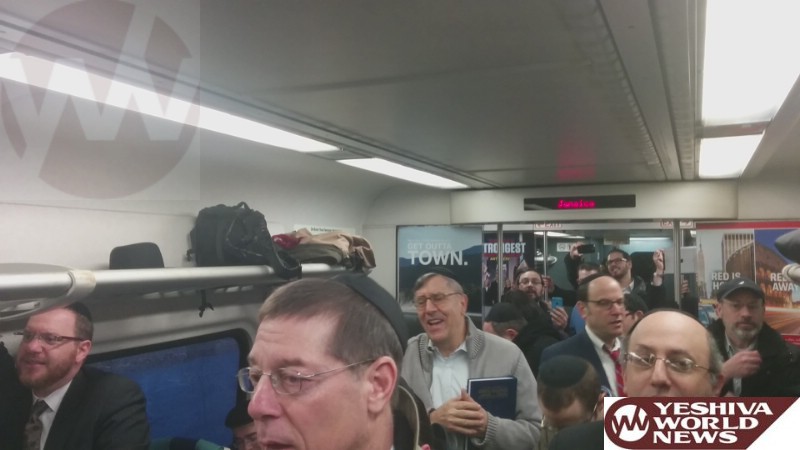 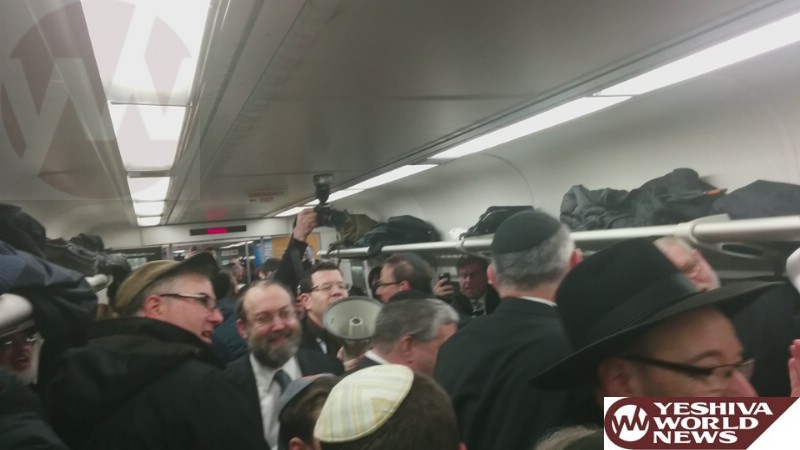 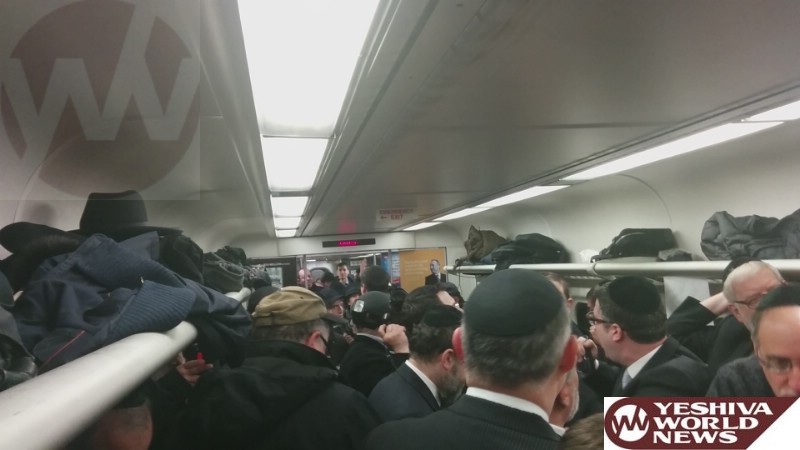 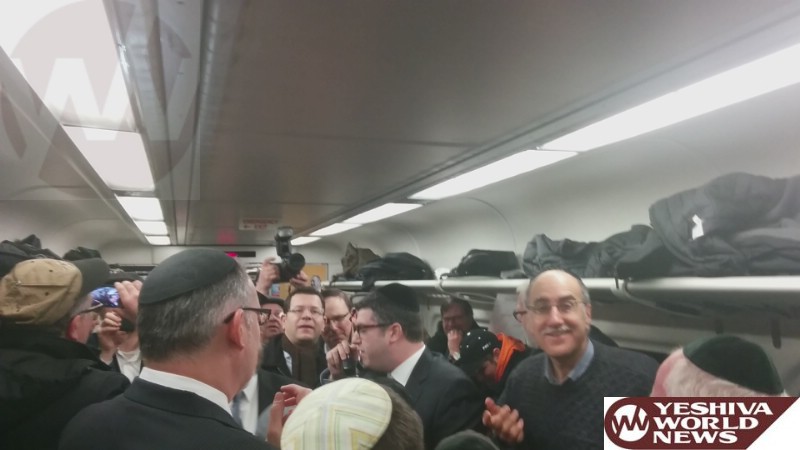 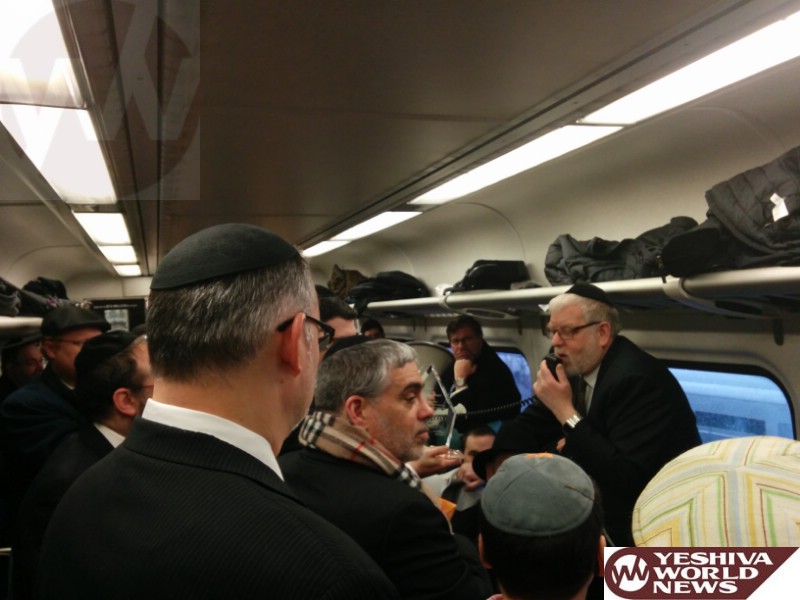 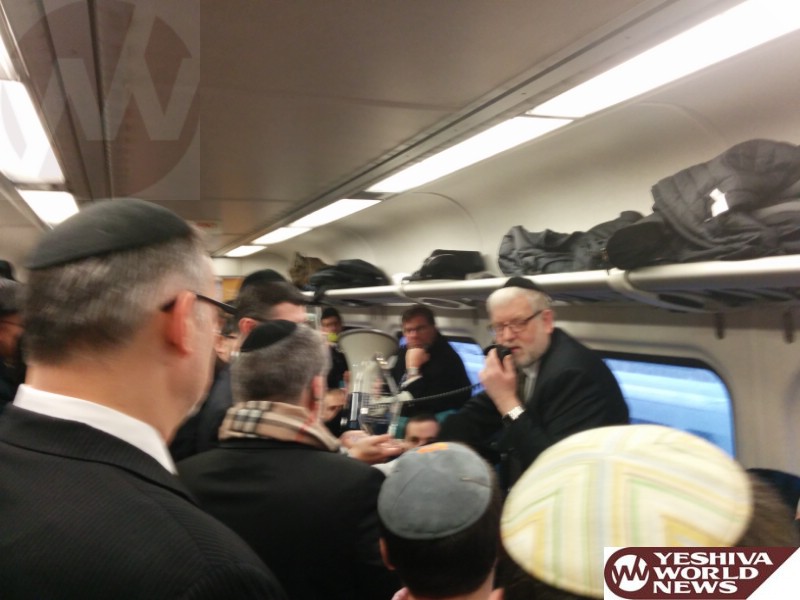 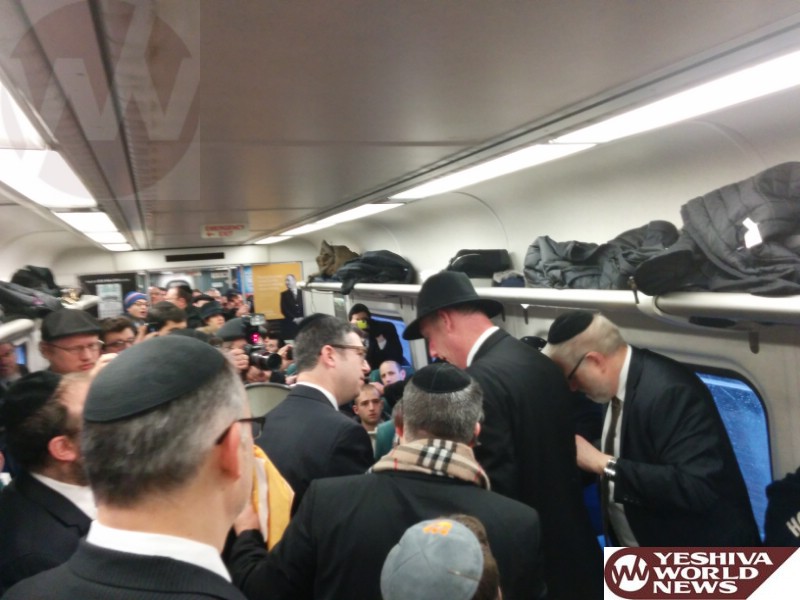