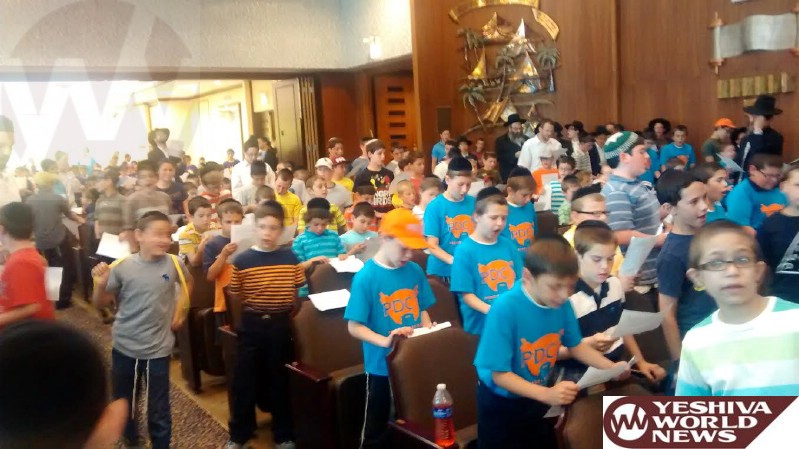 On Monday morning, after some serious casualties in Eretz Yisroel over the weekend, an estimated 600 children from throughout the Chicago Jewish community came together to recite Tehillim in unison for the dire situation in Eretz Yisroel, at a special kinus at Congregation KINS in West Rogers Park.

“This is a remarkable Kiddush Hashem, and shows the type of Achdus we need right now,” remarked a Rebbitzen whose grandchild attended the Kinnos.

All of the children attend local day camps, whose organizers interrupted regular activities to participate in this kinus. Camps in attendance included, Associated Talmud Torahs, Bnos, JCC, Oneg, and Pirchei, as well as several backyard camps.

Rabbi Zev Cohen, Rav of Khal Adas Yeshurun, delivered opening remarks at the kinus. He reiterated to the campers how powerful their words of Tefilla can be. He further explained that they can have a direct impact on the safety of their brothers in Eretz Yisroel.

The campers then recited several kapitelach of Tehillim before returning to their respective camps. The event was called for ten thirty in the morning.
Someone in attendance remarked that this event should be emulated in communities across the country.