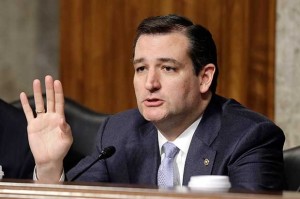 A potential Republican presidential contender in 2016 is questioning whether President Barack Obama used a federal agency to impose an economic boycott on Israel after the Federal Aviation Administration banned US airline flights to Tel Aviv because of safety concerns amid fighting between Israel and Hamas.

Sen. Ted Cruz, a favorite of tea party conservatives, raised a series of questions about the FAA prohibition, which the agency said was in response to a rocket strike that landed about a mile (1.6 km) from Ben Gurion airport. Cruz asked whether it was a political decision driven by the White House.