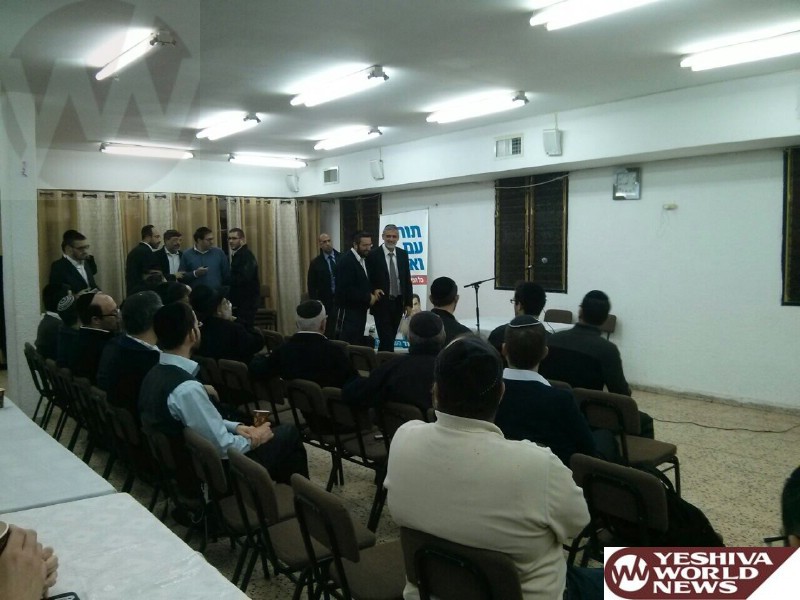 Yachad party leader MK Eli Yishai on Monday 28 Teves met with a group of working chareidim for an open forum discussion. He wanted to hear their demands and complaints as many of the so-called ‘working chareidim’ feel that lack Knesset representation.

MK Yoni Chetboun explained that for him, the courage it took to oppose the draft law was no less than he needed during the battle in Bint Jabil, for which he received a commendation.

The discussion included difficulties encountered in the workplace, school and finding affordable housing. Yishai reminded participants he was a lone voice among MKs shouting in condemnation against the campaign against chareidim entering the IDF.

Yishai was asked if he will oppose making land concessions in Yehuda and Shomron. He did, explaining his party will not be part of giving away areas of Yehuda and Shomron. Yishai also spoke of his efforts in the past to advance mosdos for chareidi higher education. 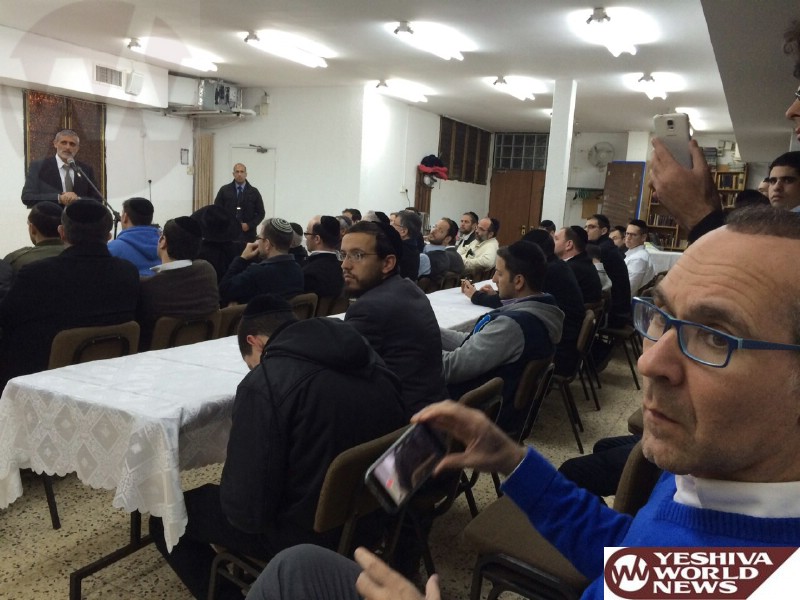 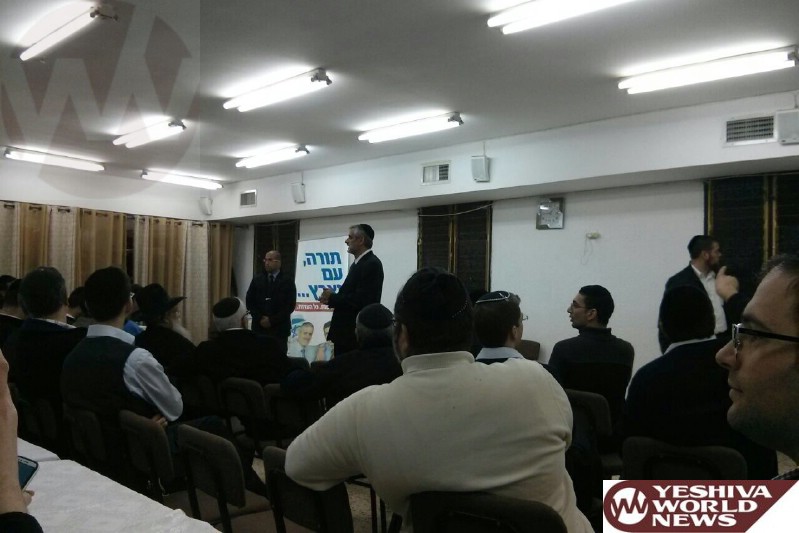