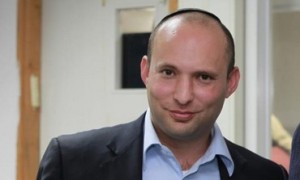 It appears as party leaders are working to close and submit their lists for the elections for 20th Knesset, some candidates are having second thoughts. There have been a number of last-minute pullouts from the race in a number of parties, including Danny Dayan, a former leader of the Yesha Settlement Council. Hours earlier Eli Ochana announced his resignation from the party.

Dayan adds that Naftali Bennett offered him the 17th slot, which might be realistic, but he decided not to accept it, preferring to resign. He explained “I did not come to politics to block Avichai Boaron” and that is why he would not accept the seat. He also wished success to Rabbanit Yehudit Shilat, who will receive his slot on the lineup.

The Bayit Yehudi response is an angry one. Officials say that the letter of resignation was submitted a number of days ago, with Dayan explaining he is going to another party. Now that he wants to return he was seeking a better position and he was offered the 17th slot.