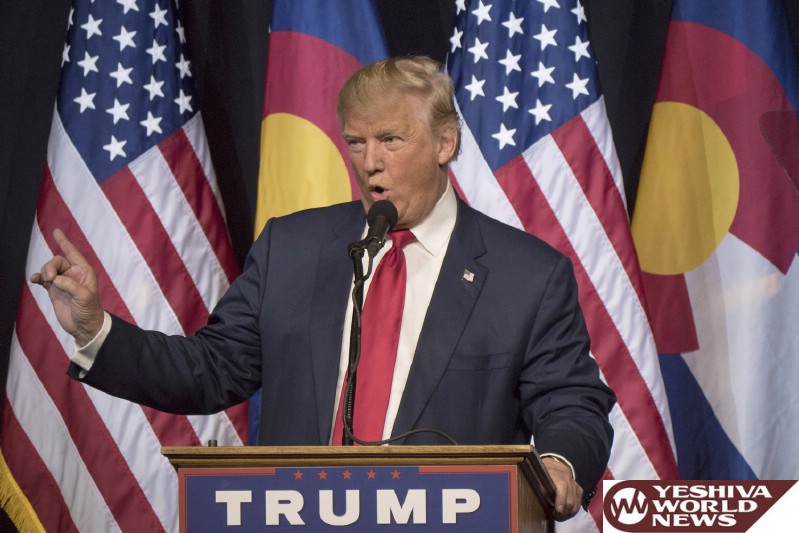 We urge all of our fellow Americans to elect Donald J. Trump President of the United States.

Mr. Trump has made it clear that he supports the right of religious Americans to freely live according to their moral values, without interference by radical Leftists activists.

Mr. Trump is proudly pro-life, and has formed a coalition with pro-life organizations who oppose the murder of babies in the womb.

Mr. Trump supports the right of parents to freedom of choice in education, to give their children an education that reflects their values.

On the other hand, Mr. Trump’s opponent, Hillary Clinton, in a notable speech to LGBT-Q activists, has publicly relegated religious moral people to her “BASKET OF DEPLORABLES.”

There is no question that Hillary Clinton will appoint radical Leftist Supreme Court justices who will strip religious Americans of the right to freely act on their Biblically-based moral values.

Hillary Clinton has made it crystal clear that she totally supports the right to murder babies in the womb, up to-and-including the moment of birth.

She has made it crystal clear that religious Americans under her regime will be forced to yield to the politically-correct demands of the moral anarchists who have become so influential in today’s Leftist Democrat Party.

For those reasons, we feel that it is vital that all decent, family people in America take an active role in electing DONALD J. TRUMP for President.