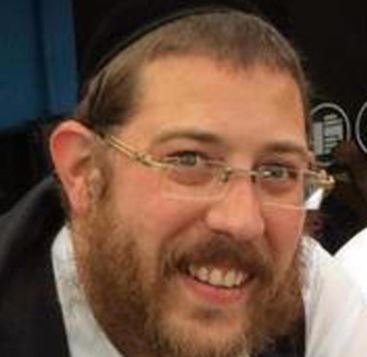 I was going to let this one slide as I have done many times in the past. It is just so tiresome to respond to all the ignorance coming from Rockland County these days. This Facebook post by Mr. Garvey from the Rockland County Republican Party is one of the worst examples of this. It was more ignorant and hateful than most of the things I have heard lately, but I was willing to wait and let other rational people knock some sense into Mr. Garvey.

In time, Mr. Garvey did remove the post, but in doing so, he explained that the post “had run its course” but “was factually accurate.” That statement was in some regards even more problematic than the post itself. It showed that even while people were trying to explain to Mr. Garvey how outrageous his assertions were, his views remained unchanged. Therefore, despite deleting his post, his false accusations and innuendo were still out there without a proper response.

I hope that Mr. Garvey is just ignorant and not, as many suspect, a person that carries hate and bigotry in his heart, especially while representing a large contingent of Orthodox and Chasidic Jews. For the purposes of this article, I will believe the former and try to educate Mr. Garvey.

I feel that I can speak on this subject because, besides being a Chasidic Jew myself, I am one of the representatives of the largest concentration of Chasidic Jews in New York.

So, let’s dissect your claims Mr. Garvey, and maybe you will come away from this more enlightened and educated about what is frankly quite a beautiful religion full of personal choices, free will and respect.

You talk about women’s oppression and abuse, claiming it is egregious and epic. If there were actually a situation of oppression and abuse, you would be correct and it would be imperative that we address that issue. As tolerant human beings, abuse and oppression are never acceptable. But that is not what is happening in the Orthodox and Chasidic Jewish communities.

Orthodox women choose to follow their faith’s strictures and the lifestyle that affords. Again, I emphasize that they choose to live as they do, and it is not remotely an act of oppression, as you claim. In the Chasidic community worldwide, women are honored and respected. The woman is considered the conscious of the household and is the main force in their children’s upbringing, instilling in them life’s values. Women have equal – and sometimes more – say in all decisions affecting their families. No woman is forced to adhere to this way of life. Rather, they choose this life and embrace it.

It seems you lack the basic understanding of the Orthodox and Chasidic Jewish community that you reference so blithely and cavalierly. Let me help you with this. Modesty is a big part of our belief, and that includes modesty of dress and modesty of behavior. The separation of the sexes which affronts you so is an aspect of that modesty, as is the way we choose to dress and present ourselves. These things serve to enhance the relationship between spouses and community members. It garners further respect and veneration for the women in our society, and these women understand this, appreciate this and revel in it. I honestly feel sorry for you that you cannot seem to understand that different is just different, not wrong. 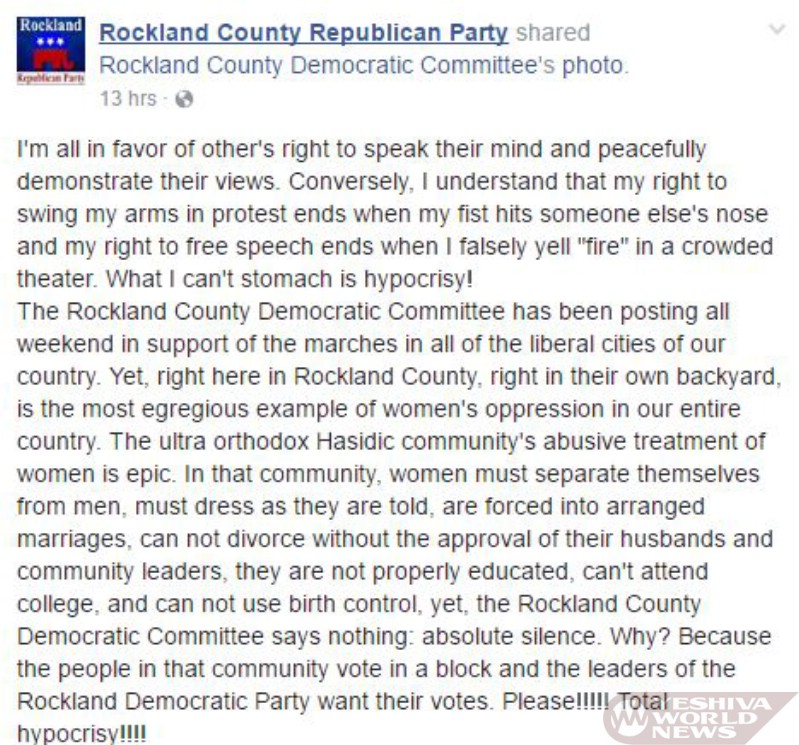 You write that women are ‘forced’ into arranged marriages. This is simply completely inaccurate. Yes, the Chasidic community has a tradition of arranged marriages, but that is a far cry from a forced marriage. Let me once again explain. In the Orthodox and Chasidic communities, two families decide that their children might be good to and for one another. From that point on, the boy and girl meet. They meet as many times as they choose and the ultimate decision to marry is always a mutual agreement between those two people. This is simply a more formal and intimate mode of matchmaking. That is it. I do not know of a case in the Orthodox or Chasidic community – and I challenge anyone to find me one – where a girl was forced to marry someone against her will. Not to mention there is no rabbi who would perform a religious marriage without the parties consent. It simply does not work like that.

Next you naively state that women are not able to obtain a divorce without the approval of their community leaders. Nowhere in Jewish law or in actual practice does this concept exist. Yes, the divorce proceedings are done in a rabbinical court, same as a secular divorce is done in secular court. Once a husband and wife decide to get divorced, no one can legally stop that from happening. I am truly befuddled where you found this total fabrication regarding our divorce laws.

Now to address your next inaccurate remark: that women are not properly educated and are not permitted to attend college. This claim is taking a large leap from the reality of our education system. To begin with, almost all Chasidic and Orthodox women are given a thorough, well-rounded secular education in addition to their Judaic studies. Male students focus primarily on Judaic subjects and Torah study, but Jewish girls’ schools teach our young women to read and write, as well as math, science and history. The movement to improve education in the orthodox community’s private schools – although I don’t agree with their tactics – never targeted the girls’ schools. Have you ever wondered why? As for attending college, there are many women who do enroll after completing high school and seminary (there are a few women in my immediate family that are college educated) but others choose not to because they either work in careers that do not require a college degree or – as in many cases – they choose to raise a family. But once again, in case you were not aware, this is a woman’s choice, not something forbidden to them.

And let me finally address you’re last concern about the Orthodox and Chasidic community – the use of birth control. This one amused me to no end. Had you bothered to ask any Chasidic or Orthodox rabbi, he would have cleared this up quite easily, and you would find that the Jewish community is actually quite a bit more liberal regarding birth control than other religious institutions. Rabbi’s will, and often do, give dispensation to women who would like to use birth control for health or various other reasons.

So there you have it Mr. Garvey. I hope that you, and anyone else who is unsure about why the Orthodox and Chasidic Jewish communities do things in certain ways just ask instead of jumping to erroneous and shameful conclusions. Ignorance is never an excuse to throw around wild accusations, and I really hope that I was able to enlighten you and clear some things up for you today. Most of the practices, customs and traditions of the Chasidic and Orthodox Jewish communities are to live a holy, decent, moral and spiritual life. The results of this are not something that can be debated. They speak for themselves. I hope you learned some things today, and I hope that in the future you will ask instead of posting something that can absolutely be construed as anti-Semitic. I’ll be happy to answer any further questions you have.

Author’s disclaimer: The views expressed in this article are my own and do not reflect the views of any other person, organization or entity.

Barry Spitzer is the district manager of Brooklyn Community Board 12, which includes Borough Park, home to thousands of Chasidic families. He can be reached at [email protected]