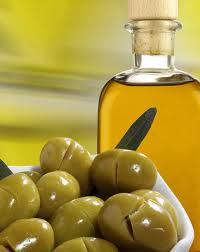 The Ministry of Health’s Food Division conducted routine tests on oils to verify the integrity of the product, including olive oil. Tests were conducted in Haifa and Tel Aviv facilities, with the results indicating that many olive oils do not comply with Israeli law and are not actually olive oil as defined by the Israeli Regulation 191.

HaMevaser reports that bottles of ‘olive oil’ are sold and the contents are simply something else, mixtures containing different ingredients to resemble olive oil, but nothing close to the real thing.

The report addresses bottles with labels written in different languages or a combination, including Hebrew, English and Russian. Some contain a percentage of olive oil and some, none at all. Some labels evade the law by showing photos of olives and selling a product with a color resembling olive oil, but nowhere does the words “olive oil” appear. In other cases, the address of the business does not appear on the label, and some labels said “similar to olive oil” but most consumers see the words “olive oil” and miss the fact that the product is synthetic.

From a health and consumer point of view this is most disturbing but from a kashrus point of view this is extremely troublesome. The Eida Chareidis states for example that consumers should phone and check with the office before purchasing since there are simply so many forgeries in the marketplace bearing hechsherim from many hashgachas, including the Eida.

YWN-ISRAEL will blei neder publish the Chief Rabbinate’s list that is usually released ahead of Chanukah, with photos of the bottles, to assist consumers from steering away from the fraudulent products.

Often, one finds olive oil for sale at an unbelievable price. The kashrus experts warn that “if it is too good to be true, that is because it usually is” and the product is most likely bogus, and will present kashrus problems since water and other oils are generally used, and emulsifiers are introduced to permit the mixture to blend. Emulsifiers may be an extract from a non-kosher animal among many other issues with such a product.