YWN regrets to inform you of the Petira of the famed Chazzan, Reb David Werdyger Z”L, considered one of the pioneers of 20-century Jewish music, and the father of the world-famous Mordechai Ben David.

Reb David Werdyger was born on October 30, 1919 in Poland. A Holocaust survivor who was incarcerated in several Nazi concentration camps, including the factory run by Oskar Schindler, Reb David moved to Brooklyn, New York after World War II and began recording albums featuring the music of the Bobov, Boyan, Skulen, Melitz, Radomsk, and Ger Hasidic dynasties, recording 60 albums in all. He also founded and operated a successful travel agency, Werdyger Travel, and established the Jewish record label, Aderet Records, which is now managed by his son Mendy. He is the father of popular Jewish singer Mordechai Ben David and the grandfather of Jewish singers Yeedle (Mordechai’s son) and Yisroel Werdyger (Mendy’s son).

ALL PHOTOS BY: BARUCH EZAGUI 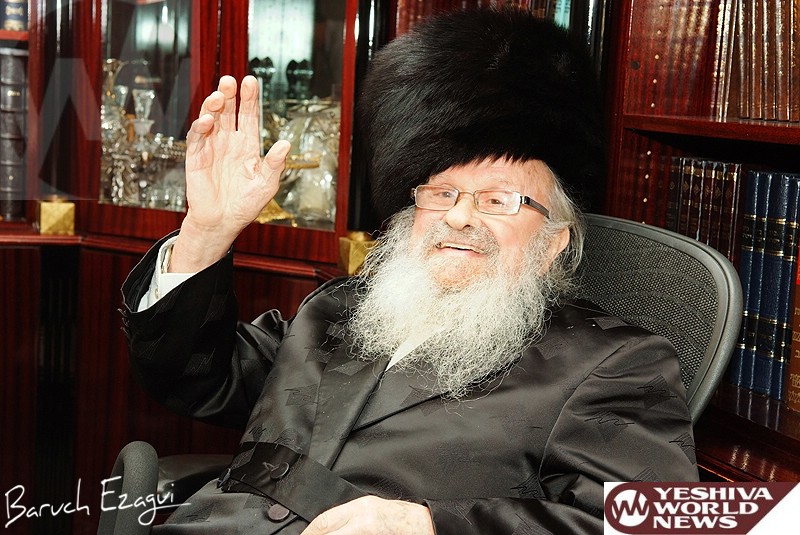 The Werdyger family was known in Poland for its musical talent, and as a youngster, David’s singing ability was readily apparent. At the age of six he became the soloist in the choir of the Eizik Yeikeles Synagogue in Kraków, and at age 12 he was invited by Yankel Talmud, the leader of the Gerrer choir, to be a soloist in that choir in the town of Ger. On Rosh Hashana, he sang before the Gerrer Rebbe, the Imrei Emes, and thousands of Chasidim.

With the Nazi occupation of Poland in September 1939, he was subject to frequent arrests and forced labor on the streets of Kraków. In the summer of 1940, when the Nazis ordered all Jews to leave the city, Reb David’s family moved to an uncle’s home in Proszowice. In response to rumors of a mass deportation, David, his unmarried sister Yettie, and his parents went into hiding with 16 others in a bunker in their uncle’s warehouse, where they were cared for by a Polish employee. Three weeks later, they sneaked into the Podgórze ghetto of Kraków. From there, his parents bought their way out of the ghetto into Sosnowice, where one of their married daughters was living. David never saw them again. 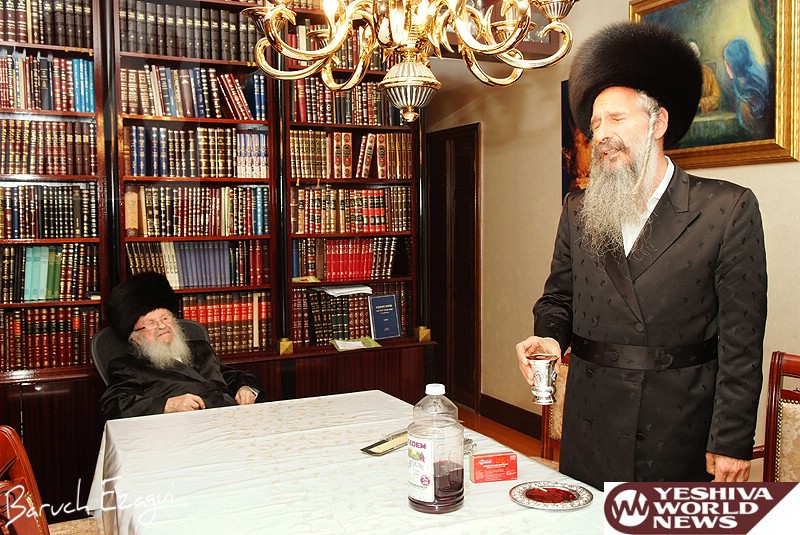 In the ghetto, David worked in forced labor battalions, and when a mass deportation took place in the Podgórze ghetto, he went into hiding with 15 others. Two weeks later, his group was ferreted out of their hiding place and taken with 180 other ghetto residents to the Kraków-Płaszów concentration camp to be shot by firing squad. Each man passed before German Nazi camp commandant Amon Göth; when it was David’s turn, Göth asked him what type of work he did. “I am a professional singer, and I have a trained soprano voice,” he replied. “Would you like to hear something?” Momentarily taken aback, Göth replied, “Sing the song you Jews chant when you bury your dead.” Reb David began singing the traditional Jewish prayer for the dead, Kel Molei Rachamim (“God, Full of Compassion”), with great feeling and power, ending with a thunderous “Amen.” His voice so moved Göth that the commandant directed him to the camp rather than to the firing squad; he was one of the 40 men saved from execution that day. 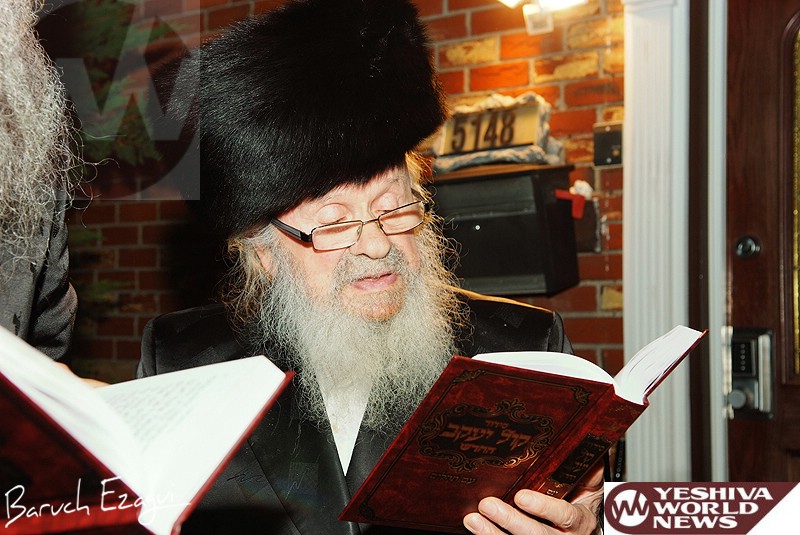 He was an inmate in the Płaszów for five months, after which he was transferred to the nearby factory under the direction of Oskar Schindler. He also spent time in the Mauthausen-Gusen concentration camp and the Linz labor camp, where he was liberated on Saturday, 5 May 1945.

After the war, Reb David found his eldest brother, Yaakov Meir, and youngest sister, Yettie, still alive. He then traveled to to attend Yaakov Meir’s wedding and was there introduced to Malka Godinger (1923–1980), daughter of Meir Godinger. They married shortly after. Several months later he and his wife left for Paris, France, where their first son, Yisrael Aryeh, was born. Four years later, in February 1950, they sailed to New York. 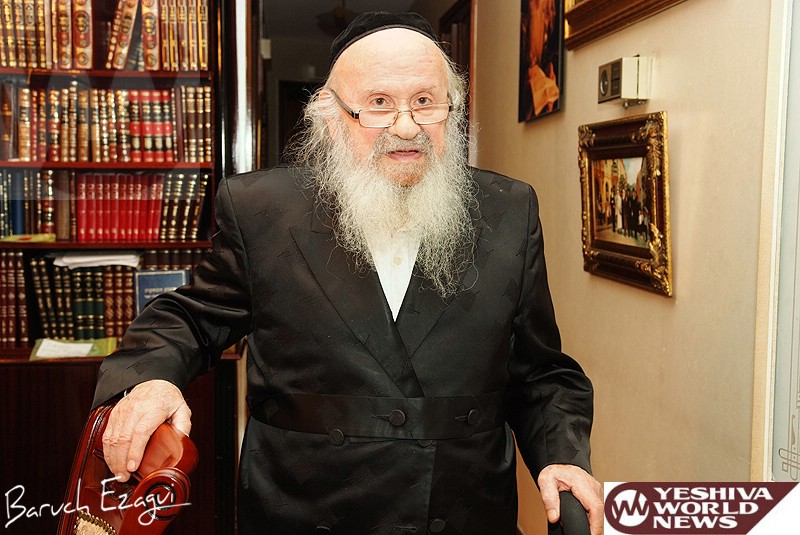 The couple had three more sons in America: Mordechai, Chaim, and Mendel (Mendy). He encouraged his four young sons to sing with him in the recording studio and in concert.Mordechai began calling himself by his Hebrew patronymic, Mordechai Ben David, when he launched his solo singing career in the 1970s. 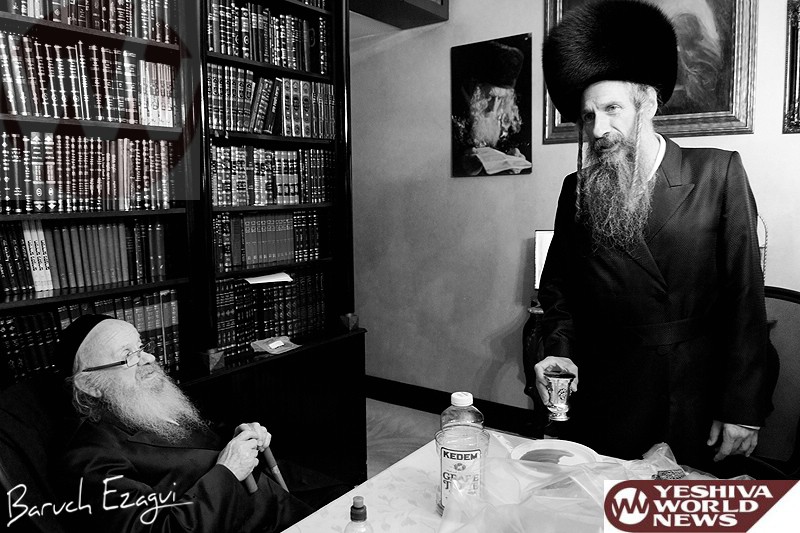 Upon arrival in New York, Reb David began working as a Chazan in the Warshever Shul on Rivington Street; after a year he moved to the Chasam Sofer Shul on the Lower East Side. His fame as a Chazan spread, and he signed a contract with the New Lots Talmud Torah Shul, which was famous for the high-caliber hazzanim that it attracted. Within a few months of this appointment, he began receiving invitations to appear in concert, and he performed before audiences of thousands in Chicago, Philadelphia, Pittsburgh and other cities.

The Levaya will be today (Wednesday) at 1:00PM, at Shomrei Hadas Chapels, 14th Avenue and 38th Street in Boro Park.

Chazan David Werdyger at a Dinner in Boro Park 1990: 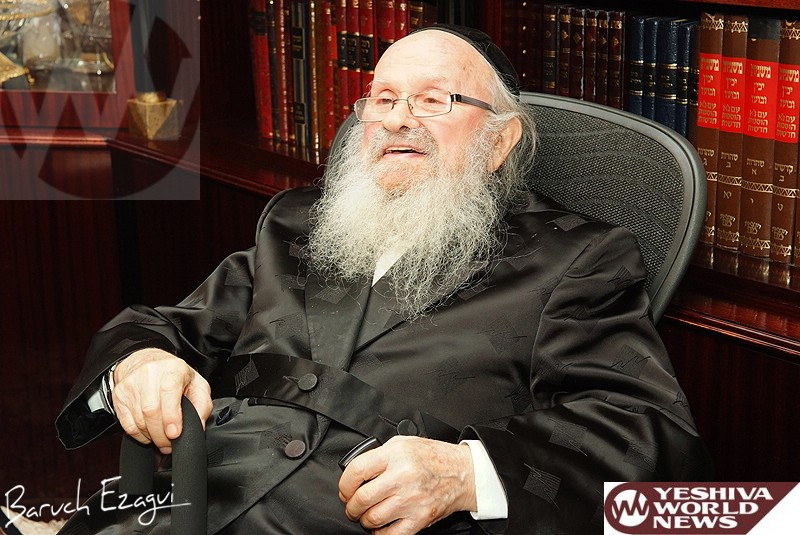 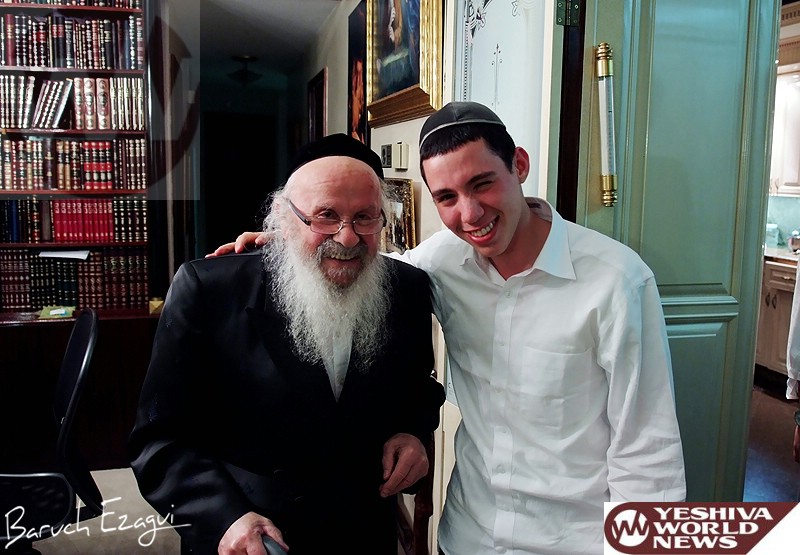 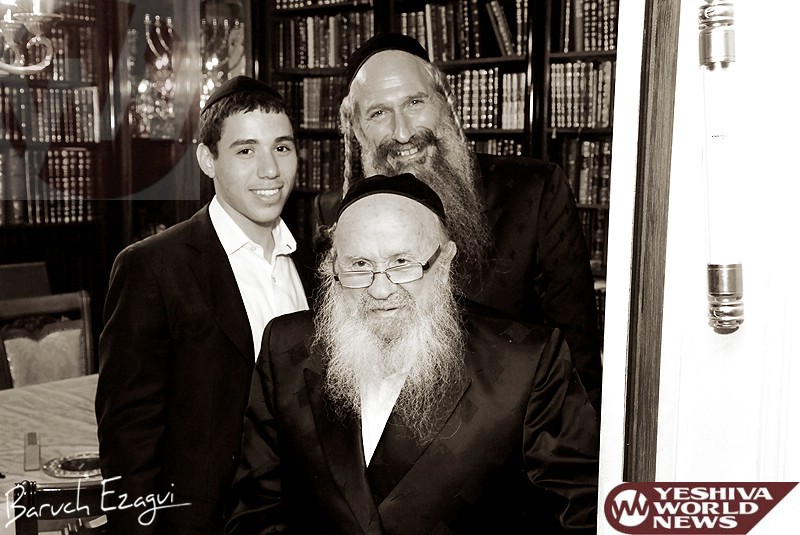 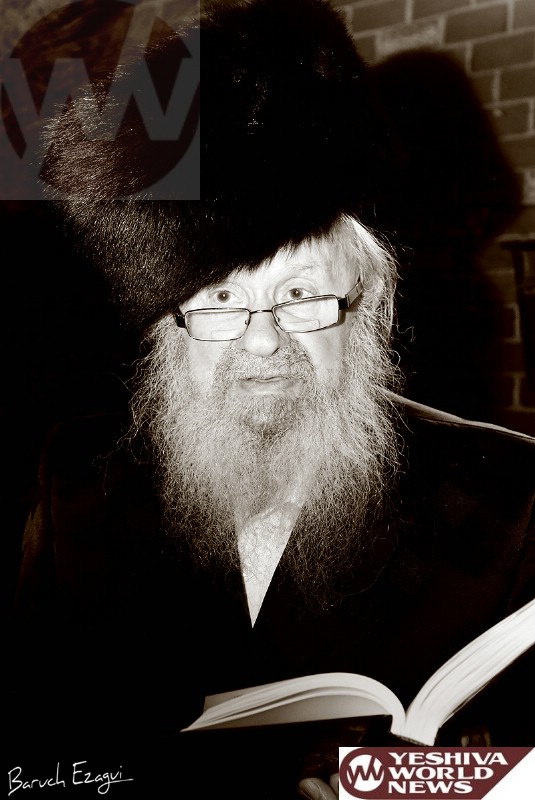