YWN regrets to inform you of the Petira of Hagon HaRav Chaim Epstein ZATZAL, the Rosh Yeshiva of Zichron Melech in Brooklyn. He was 79 years old.

One of the leading Gedolim in the United States, HaRav Epstein is one of the most prominent talmidim of Hagon Harav Ahron Kotler, ZATZAL. He served as Rosh Yeshivah for over 42 years, in which time he taught thousands of talmidim. In addition to his expertise as a maggid shiur, HaRav Epstein is renowned for his impassioned mussar discourses.

Increasingly in recent years, HaRav Epstein, as one of the remaining elder Roshei Yeshivah, has assumed the role as one of the primary sources of guidance to bnei Torah and to the yeshivah world in general.

The Rosh Yeshiva was hospitalized with a severe infection around 6 weeks ago, and his condition deteriorated until his Petira just after midnight on Wednesday.

The Levaya will be taking place in New York at 10:30AM at Yeshiva Zichron Melech, Dahil Road and Ditmas Avenue.

The Yeshiva has requested that the Yeshiva building be reserved for Rabbonim & family. The Palace Hall on McDondald Avenue has been rented and will have a sound hookup with plenty of seating.

The Levaya in Lakewood will be taking place at 5:30 PM at BMG.

The Kevura will be in Lakewood. 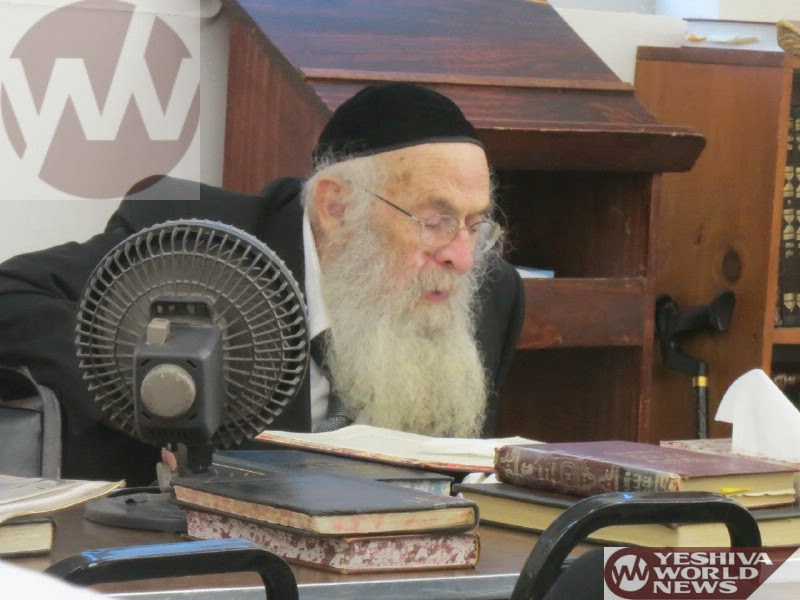