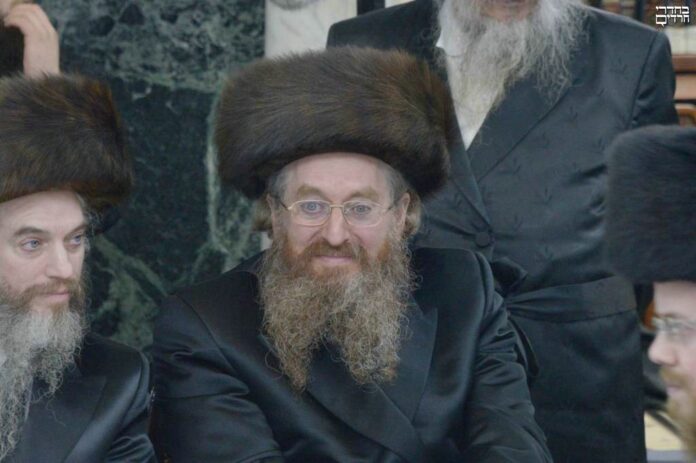 The Admor of Karlin-Stolin, HaRav Baruch Meir Yaakov Shochet, blasted those who do not adhere to the Coronavirus guidelines for their actions in a recorded conversation that was sent to members of the Chassidus.

The Rebbe, who himself was recently released from the hospital after having contracted the disease, has been one of the only Admorim to have instructed his community to strictly observe coronavirus health instructions since the beginning of the crisis. The Rebbe added that parts of the Chareidi community were ignoring the “simple” and “foundational” Jewish principle of saving lives, and said he was astonished at such “contempt” for the lives of others, especially from the Chassidic community.

“Recently, there are also important people whose eyes for some reason have become blind to simple Halachos of the prohibition on harming others. Is it possible that there are people for whom simple Jewish laws, such as the Halachos of saving lives, which is the foundation of Judaism, have disappeared? We all hear and see so many incidents of people suffering distress and pain and the ill dying. It astonishes me that it is specifically in the Chareidi community that there is such contempt for the lives of others. What has happened to us?”

“I understand that it is difficult to live in a constant state of tension and need to always worry about adhering to the rules, but this is something that must be done. This is the will of Hakadosh Baruch Hu, and we must feel joy at being given the opportunity to safeguard the lives of others.”

“We must not congregate for any reason whatsoever, in any way. This is not child’s play. This is life and death and is the Ikar HaDin.”