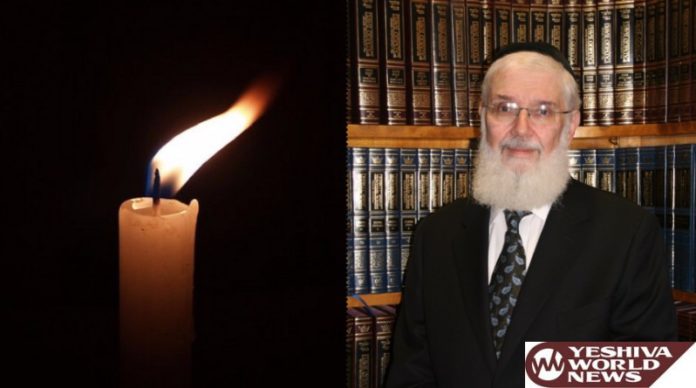 YWN regrets to inform you of the Petira of Rabbi Meir Zlotowitz Z”L, the founder of Artscroll. He was Niftar on Friday night after an illness.

After graduation, he became director of a high-end graphics studio in New York. The firm, named ArtScroll Studios, produced brochures, invitations, awards and kesubahs. Rabbi Nosson Scherman, then principal of Yeshiva Karlin Stolin Boro Park, was recommended to Rabbi Zlotowitz as someone who could write copy, and they collaborated on a few projects.

In late 1975, a close friend of Rabbi Zlotowitz, Rabbi Meir Fogel, was suddenly NIftar, prompting him to want to do something to honor his memory. As Purim was a few months away, he decided to write an English translation and commentary on Megilas Esther, and asked Rabbi Scherman to write the introduction. The Sefer was completed in honor of the shloshim and sold out its first edition of 20,000 copies within two months. With the encouragement of the Gedolei Hador, Rav Mosehe Feinstein, Rav Yaakov Kamenetsky, and others, the two continued producing commentaries, beginning with a translation and commentary on the rest of the Five Megillos and went on to publish translations and commentaries on Tanach, Talmud Bavli and Yerushalmi, and hundreds of other Seforim.

The name ArtScroll was chosen for the publishing company to emphasize the visual appeal of the books.

In its first 25 years, ArtScroll produced more than 700 books, including novels, history books, children’s books and secular textbooks, and is now one of the largest publishers of Jewish books in the United States.

There is almost no Jewish home in the world that doesn’t have Artscroll Seforim.