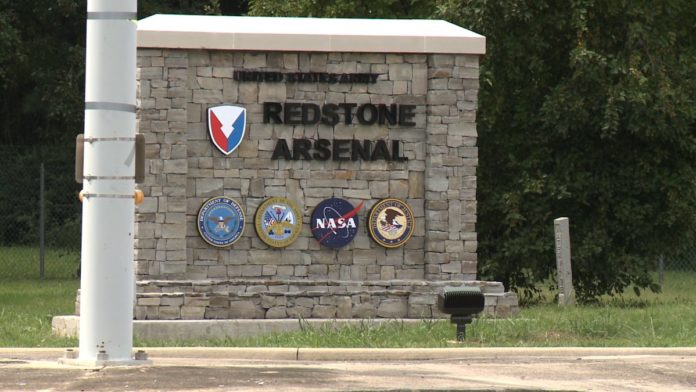 Authorities locked down an Alabama military post on Tuesday amid reports of a possible active shooter, and workers were advised to “run hide fight.” About two hours later, the all-clear was given and officials said there were no confirmed injuries or arrests.

Redstone Arsenal spokesman Christopher Colster said the installation near Huntsville was in the process of readying for an active shooter drill that was to end Wednesday when the alert was sounded.

It wasn’t immediately clear whether the lockdown was related to the drill or an actual threat. Colster said he didn’t know what had happened and that a “methodical investigation” was underway.

“We do not believe there is a threat or we would not have opened the installation back up,” he said.

Earlier, Colster had said the report of a shooter was not part of any exercise. In a tweet announcing the possible shooter, the base said: “Possible active shooter on the Arsenal. Installation is locked down. Run hide fight.”

Police cars with flashing lights blocked entrances to Redstone, which also has facilities used by federal law enforcement agencies. Images on social media showed an ambulance and what appeared to be civilians standing outside the Sparkman Center, which includes multiple buildings with offices, an auditorium, cafeteria and an interior courtyard.

Amy Jay, whose husband was working at the Sparkman Center, said he was told the situation was over through an announcement over the building’s public address system.

“Feeling like I can breathe again!” Jay wrote in a message to The Associated Press. “My husband is a contractor and a veteran so when we hear things like this we’re reminded of what happened at Fort Hood,” she said, referring to the 2009 shooting at a military base in Texas.

More than 30,000 government employees, civilians and contractors work daily at Redstone. It is home to Army missile defense programs and other military offices.

Before the lockdown was lifted, Alabama Gov. Kay Ivey’s office said it couldn’t provide any details.

“My office is aware of the developing situation at Redstone Arsenal, and we are monitoring it closely. I am praying for a swift resolution to this matter,” she said in a statement.

Later, she said “there was no shooter and no casualties.” She did not know what led to the alert.

Possible active shooter on the Arsenal. Installation is locked down. Run hide fight.

Gate 8 at Redstone Arsenal is closed and cars trying to get in are backed up on Patton Rd. @whnt pic.twitter.com/eob2em71Op

My staff and I are monitoring situation at Redstone Arsenal. Please join me in praying for the safety of everyone on base.