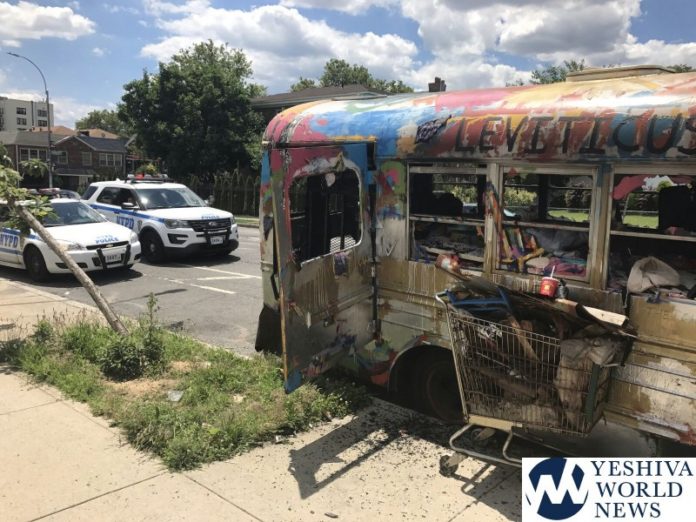 Police are investigating anti-Semitism as the cause of a fire on board a mini school bus in Crown Heights, Brooklyn.

The converted mini-yellow school bus is owned by Jewish artist Leviticus Schieber, and was painted over with Jewish imagery, including a Torah and menorah. It was recently featured in the popular music video of Benny Friedman’s hit song “Ivri Anochi.”

The ‘Mitzvah bus’ was parked near the corner of Troy Avenue and Maple Street in Crown Heights, when the arsonist apparently broke its windows and torched the vehicle’s interior sometime around midnight early Monday. Surveillance footage from the scene shows a man standing near the burned-out bus before and after the blaze.

‘Leviticus,’ who uses the bus as both a means of transportation for his family, as well as a source of Jewish pride for the community, didn’t believe someone would target his bus. “My first instinct was that it was targeted for some reason, maybe just because it’s a funny-looking bus,” he said. “But it’s obviously the only bus on this block that’s destroyed.”

Schieber frequently parked his bus on the street and had no concerns doing so, but he said he did find one of its tires slashed about a year and a half ago.

Community leaders, artists and elected officials are holding a rally today (Tuesday, June 27th) in support of Leviticus and against hate. It will take place at Troy Avenue and Maple Street at 3:30PM.

Benny Friedman, who is set to perform, called on the community to show support for Leviticus. “My friend Leviticus drives a ‘Mitzvah mobile,’ a vehicle that just from its look alone adds joy and excitement to people’s day. He has dedicated his life to spreading the message that hate and darkness don’t have a chance. Let us support him during this difficult time ” Friedman said. 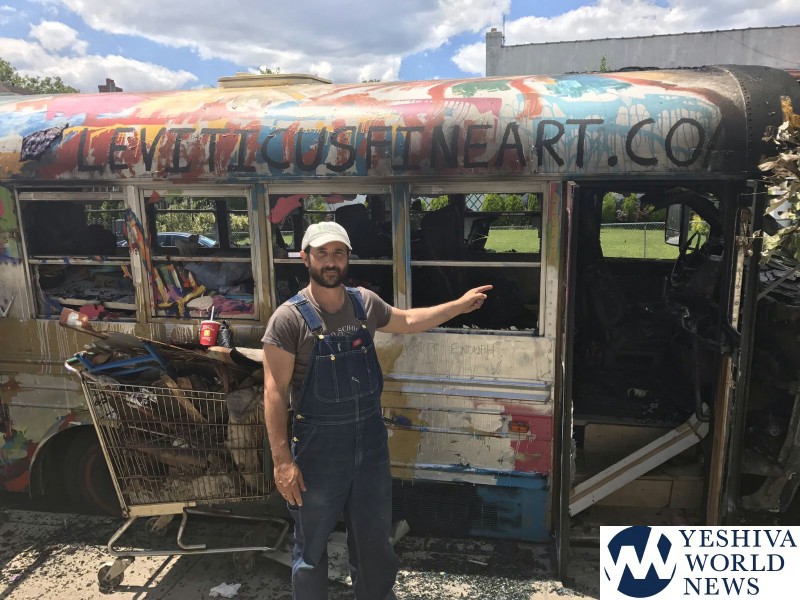 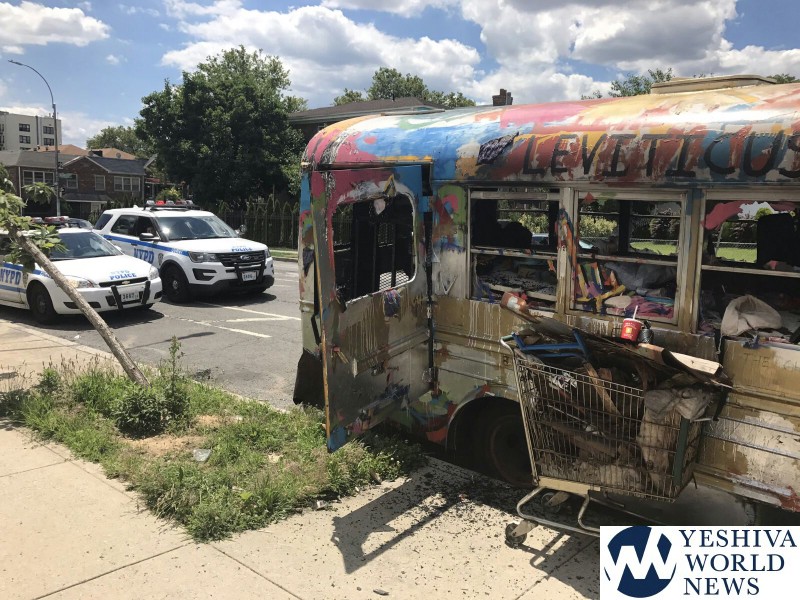 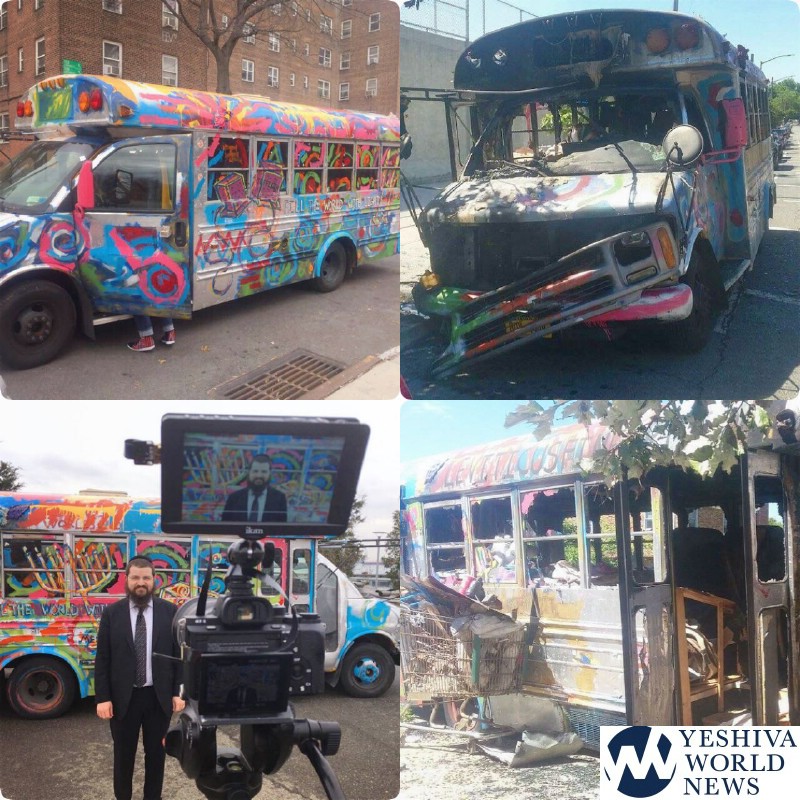