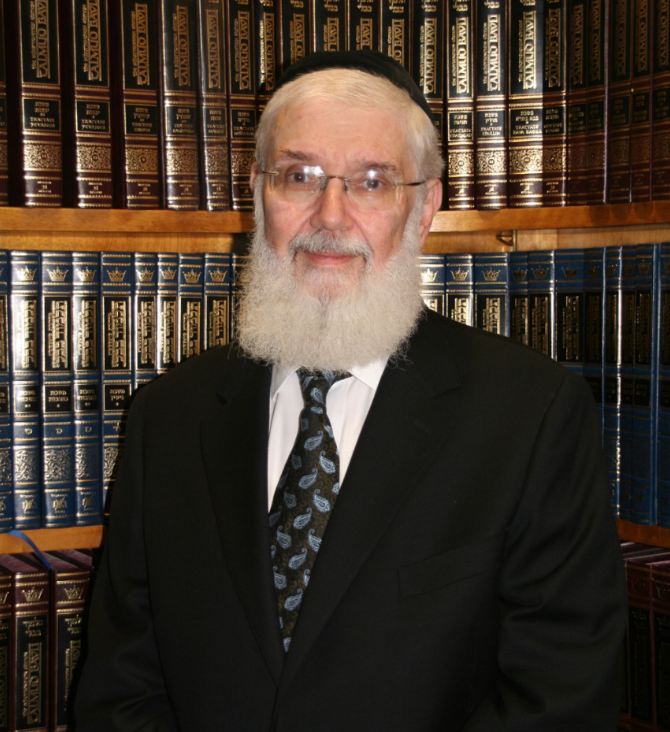 Perhaps his email said it all, “Meir at Mesorah dot com.”

This is because, perhaps more so than any individual in the past 800 year, Rabbi Meir Zlotowitz zt”l brought back Jewish people to their Mesorah – their birthright of Talmud, their yerusha of Torah.

Rabbi Zlotowitz and his partner in a remarkable revolution, Rabbi Nosson Sherman ylc”t, achieved something that others could only dream about. Rabbi Yisroel Salanter, founder of the Mussar Movement, envisioned that perhaps one day there could be a translation of the entire Bavli. Reb Meir made it happen.

And, as everyone knows, it wasn’t just Gemorah. The Artscroll Mishnayos project is a masterful work. There is the Siddur, the Chumash, the Yerushalmi, the Midrashim. There is the Yom Kippur Katan siddur. There is the beautiful Tisha b’Av kinnos. Indeed, Artscroll has well over 2000 different titles – each one unique and exceptional. Because of Rabbi Zlotowitz, English speakers are now privy to the depths of the Talmud, the shmuessim of Rav Chaim Shmuelevitz zt”l, Rav Nosson Tzvi Finkel zt”l, and others, the insights on Tefila of Rav Shimon Schwab, the Chofetz Chaim on lashon harah and the crystal clear yet deep expositions of halachos by such Poskim as Rav Binyomin Forst and Rav Simcha Bunim Cohen.

There is not an English speaking Torah home in America that does not possess a sefer that Rabbi Zlotowitz had published.

Indeed, there is almost no aspect or field of the oeuvre of Torah literature that was not re-introduced to Klal Yisroel in a language that they could understand – and with an unprecedented scholarship as well.

It could not have happened without “Meir being Meir.”

When he made up to do something, he did it. And at almost every juncture or interval, his vision was initially dismissed as sheer madness. Yet his perseverance enabled him to achieve the well-nigh impossible. Rav Aharon Leib Shteinman, initially, was not a supporter of the Artscroll Gemorah project. He feared that people would no longer horveh on unfolding the latent processes of reasoning in the Gemorah when it was handed to them on a plate. After he saw the Artscroll Hebrew Yerushalmi, Rav Shteinman changed his mind. Reb Meir was there and shared a picture of Rav Shteinman giving shiur out of the Schottenstein Yerushalmi. Rav Elyashiv zt”l as well learned out of the ArtScroll Hebrew edition. Reb Meir shared the picture with a number of people.

Meir had a remarkable gift of writing and presenting complex aspects of Torah to the reader so that the reader could truly comprehend it.

He was larger than life. He had enormous creativity, passion and drive combined with a fantastic sense of humor.

His sense of humor was not just profound – it was at time, rip-roaring. Once in shul, Reb Meir had fainted into the lap of someone sitting next to him. The atmosphere was tense and grim. People were concerned. When he came to, Reb Meir realized what had happened. He gathered up all his energy and yelled out, “Kohanim arois!”

The entire shul burst out in laughter. Even when ill, this was Meir being Meir.

One Shabbos during Parshas Zachor he approached a young child who knew he was the publisher of ArtScroll. He whispered to the young man, “Come here. I work at ArtScroll. I know whether it is really zachar Amalek or zaicher Amalek..But I’m not telling anyone.”

I once met him at a local zoo on a Wednesday of Chol HaMoed Pesach. This was after ArtScroll had picked up financially. I told him, “Reb Meir, I understand why I am here today, I am in chinuch. But you? You are now a successful businessman..”

He responded, “Are you kidding? I have almost all of my grandchildren here too. This would have cost me four or five times what it would cost you.”

I teased him about a comment in the first edition of the ArtScroll Shalosh Seudos publication. It said that Shalosh Seudos commemorates the three meals in which the evil Haman was handed over to the Jewish people, citing the Aruch haShulchan. “How could ArtScroll have allowed this error to creep in?” I teased. He responded that it was a practical joke someone had pulled that had gone awry. I had my doubts. The 3 seudos in which haman – the manna was given seemed more likely to be a 3:00 AM bleary-eyed rendering. The twinkle in his eye indicated that he might have agreed.

Reb Meir had a kindness and generosity of spirit that endeared him to people. When people were down on their luck, he not only helped them – he lifted their spirits by treating them with the utmost respect –as equals. He was a friend to those who did not have friends. He understood pain. He was a kindred spirit to Ronnie Greenwald, a”h. And they were good friends as well. They worked on numerous projects together – helping others, helping Klal Yisroel.

He also had a deep and abiding relationship and friendship with the gedolei Torah of the last generation and of the current one. And they were his friends as well. One leading Gadol saw him, uncharacteristically feeling down. Reb Meir confided in him that he did not think he could continue with his dream of translating Shas into English. He was having enormous difficulty finding a sponsor for the second volume. The Gadol encouraged him and loaned him $25,000 in order that he could continue.

But how did it all start?

Reb Meir was a talmid of Meisvta Tiferes Yerushalayim. He was a talmid muvhak of Rav Moshe zt”l and later of Reb Dovid his son. His relationship with Reb Dovid became very close. They would speak each erev Shabbos.

After leaving yeshiva, Reb Meir entered the business world in the printing of brochures, invitations and kesuvos. In the meantime, he learned and continued in the high level of Torah scholarship that he had done while in Yeshiva.

Reb Nosson Sherman, his partner at Artscroll, once told me that the ArtScroll revolution actually happened as part of the aftermath of a tragedy that happened in 1975. Meir Fogel z”l was a rebbi in a yeshiva who was a close friend of Meir Zlotowitz. He passed away in his sleep one night as a young man – he had married but had not had children. Reb Meir Zlotowitz was so distressed that wanted to do something in memory of his friend – to give him a legacy. He had the idea of doing a translation and commentary of Megillas Esther that would be completed by the sheloshim.

Reb Meir asked Reb Nosson Sherman, a principal at Karlin Stolin to edit it and add an introduction—which turned out to be the first ArtScroll publication.

The publication caught on and went through many printings before the first Purim. There was nothing like it before. It was a need that had not been recognized. They were encouraged to continue such work by the leading Gedolim – Rav Moshe and Rav Yaakov. Soon they embarked upon the rest of the Megilos too.

Reb Meir himself then penned an incredible commentary and anthology on Bereishis. The rest was history.

Reb Nosson Sherman remarked that it would be fair to say, “No Meir Fogel – no ArtScroll.

This is not to say that ArtScroll would not have existed.

ArtScroll was originally a graphic arts company. Reb Meir was talented and artistic. He created beautiful Invitations and Kesuvos. Indeed, he was a perfectionist. These talents he would later use to create the masterpieces that the ArtScroll publishing house was soon to bring forth to the world.

One year on Yomim Noraim, Reb Meir had difficulty following which particular section to say. He commented, “That’s it. Next year I am coming out with a Rosh HaShana Machzor that is clear. And then he did.

Gedolim recognized the revolution that he had wrought and that all Talmidei Chachomim were the beneficienaries. Recently, Reb Meir spent an hour with the Belzer Rebbe on his last trip to Eretz Yisroel.

A number of years ago, Reb Meir showed remarkable personal strength. He had taken it upon himself to lose quite a number of pounds. He successfully kept it off. The loss of weight imbued him with a greater dignity. People commented that they did not at first recognize him.

A mere five weeks ago, he had trouble with his hip. He had suffered with arthritis for a while. That brought the realization that there was trouble with internal bleeding and issues of the liver. After transferring to NYU there were further and dire complications. The family was called in. But miraculously he recovered. By Friday he was back to his usual self. But then he started bleeding internally once again. A short while later he passed away.

Thousands of people and the Gedolei Yisroel lost a friend. And Klal Yisroel lost one of the most innovative and visionary minds of the past eight centuries.

All of us should think about where Klal Yisroel would be if the ArtScroll Revolution had not happened. What would have happened if a caring young man had not decided to make an English Megilas Esther for a friend that had tragically left the world without children? Reb Meir Zlotowitz zt”l was at the forefront of restoring the Mesorh to Klal Yisroel.

He leaves Klal Yisroel with a two-fold legacy – a shining example of what a human being can accomplish if he sets his mind to doing it, and an ever-growing body of Torah-true publications that embody the highest ideals of Torah and Mussar. Reb Meir, tehei nafshecha tzrur btzror hachaim – we will all miss you. 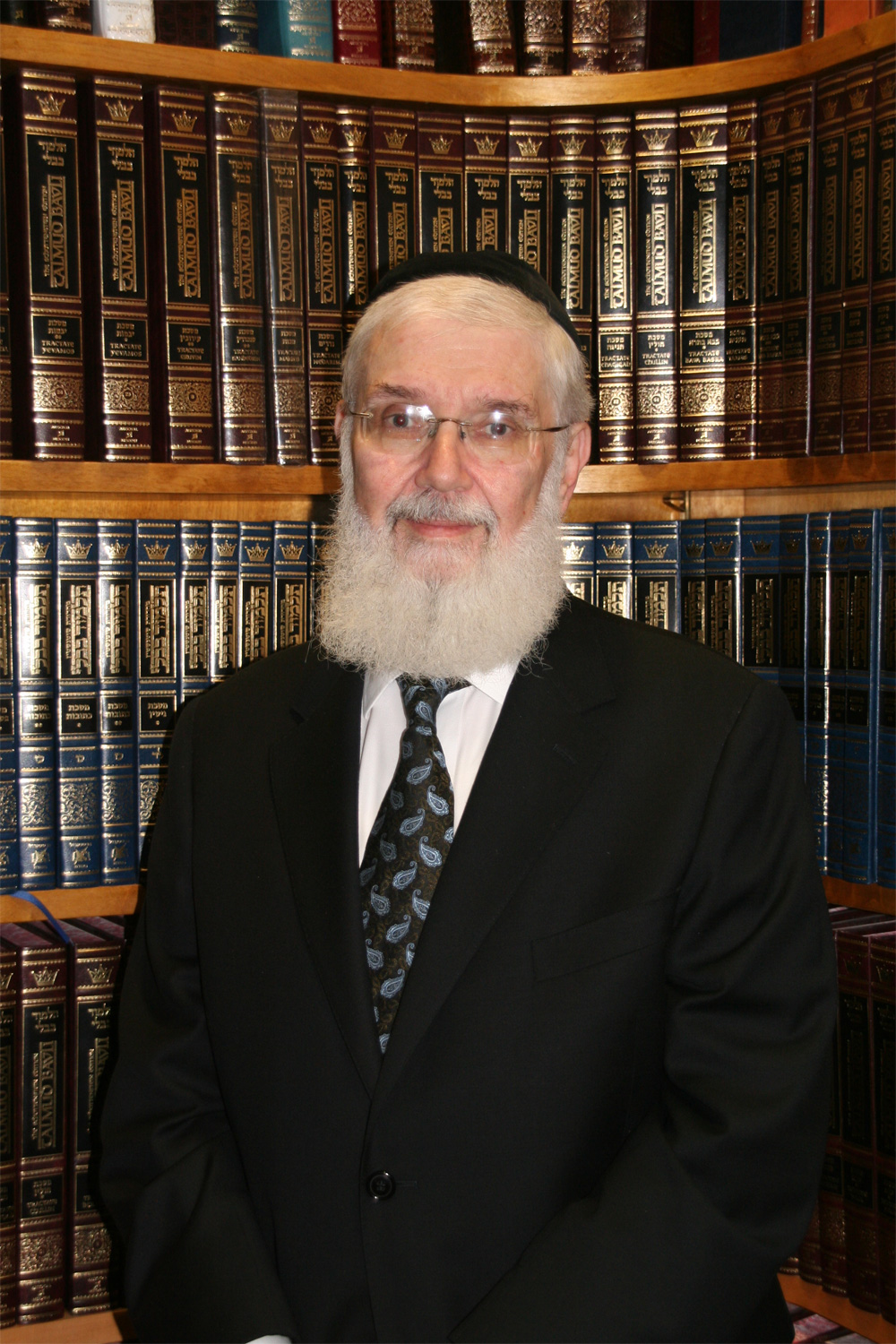