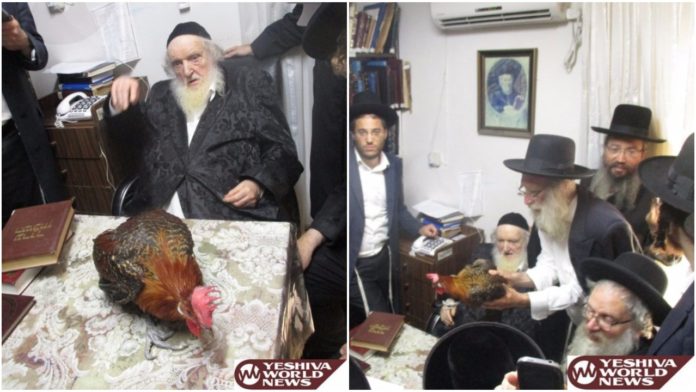 (By Rabbi Yair Hoffman For The 5 Towns Jewish Times)

It is a halachic issue that is achieving near viral status and is at the center of a great Kashrus debate happening throughout the Kashrus agencies of Eretz Yisroel.  The OU is watching the issue carefully, and has not issued an opinion on it.  Thus far, however, it is only an issue in Eretz Yisroel and Europe.

The first media mention of the issue appeared on Yeshiva World News.  Then it was picked up by Arutz Sheva.  Now it has even reached the non-Jewish poultry news sites.  The veritable war concerns a halachic debate about whether a specific breed of chicken called, “Braekel” – has a halachic Mesorah (tradition) to permit its consumption in terms of Kashrus.  The Braekel, primarily used for egg consumption, originated in a section of Belgium where there were no Jews.  It was not commercially exported either.  It was a lone solitary chicken.  Does this mean that it is considered a chicken without a Mesorah – a tradition that allows us to consume it?  Rav Nissim Karelitz of Bnei Brak permits the Braekel.  Rav Moshe Shternbuch of the Eida Chareidis in Yerushalayim forbids it.

What is the background behind this debate?

The Torah gave us a list of Tameh birds that also are non-kosher. This list is found in Parshas Shmini (Vayikra 11:12-19). Technically, if not for another rule found in the Ramah, if a bird is not on the list it would not be forbidden.

The Mishna in tractate Chullin gives us four signs in regard to the list of birds in the Torah.

Nonetheless, based upon the ruling of the Ramah, we only consume birds that we have a tradition to eat from the past.

What about newly discovered birds?  Although we had no tradition for the turkey, when it was discovered in the New World, the Poskim permitted it either because either

The truth is that the Gemorah in Chullin 62b states that there is one particular chicken called a Tarnegolah d’agma (a lake chicken), which is actually not kosher because it is predatory (see Rashi).  This is indicative that a Mesorah for sub breeds is necessary.

The fact is, however, all chicken breeders in modern times do need to introduce fresh bloodlines into the chickens because otherwise the breed will dwindle and die out.  Halachically, however, we may not rely upon the testimony of non-Jews or even the organizations in charge of certifying chicken breeds that the “fresh bloodline” originate from a kosher bird with a Mesorah.  How then does it work that we can consume chickens and eggs of the breeds that we do eat?

The answer is that if after the introduction there is no detectable change in any of the limbs of the chicken that changes its appearance significantly from the chicken that we have a tradition of eating it is still considered kosher.  This is based upon a responsum of the Chasam Sofer (Yore Deah #75 “ul’didi”).  The Chasam Sofer says that there is no need for a Mesorah on each and every chicken, rather, all chickens that appear like a breed that we do have a tradition for is acceptable – unless there is a demonstrable difference that may indicate that they are two different breeds.  Then we would require a separate tradition for that breed.  This is a crucial Chasam Sofer that lies at the heart of the debate between the two sides.

The Avnei Naizer (75:2) cites the same criterion as the Chasam Sofer.

It is interesting to note that non-Jewish breeders and historians write that originally there were two different breeds of Braekel chicken.  There was the one of the Flanders region of Belgium and the one from the Kempen region slightly south.  The Kempen Braekel was a bantam version of the larger Flanders version.  The Braekel first appears in the goyish literature in 1416 (see the French journal Annual Journal of Veterinary Medicine 2012, Vol. 156, pp 37-65).  Eventually, both Braekel breeds merged together to form one current breed.

SIZE IS NOT A DIFFERENCE

The Arugas HaBosem #16 writes that differences in size of various chickens is not considered a deficit in this regard because all chickens vary in size – some are bigger and some are smaller.  It is interesting to note that the Flanders region is a much more fertile area of Belgium than is the Kempen region, and this probably explains how they were originally of a different size.

This issue is qualified by the Daas Kedoshim (cited in Toras HaOf page 30) that if the size difference is one of limb proportion – then it is considered a problem. If the legs of one breed are disproportional to the chicken than that of the other breed – then the disproportional one requires its own Mesorah.  This is also the view of the Maharsham in Siman 16 of the Darchei Shalom section of his Daas Torah volumes.

There was also something that we may call, “The Great Leghorn Scare of 2004.”   Leghorns are primarily used for egg-laying purposes as well.  Apparenty, someone discovered that the leghorns individually spread their chicken feet.  This is a sign of a predatory bird and if it is predatory then it would be considered non-kosher according to the Ramah!

An investigation of the matter took place.  According to the author of the Torash HaOf, the investigation revealed that a] these chickens grasp individually but not in the manner that true predatory birds do and b] it is only the cooped up chickens that grasp, but the free0range leghorns do not grasp.  The matter was also ruled upon by Rav Fishel Hershkowitz zt”l – the Klausenberger Dayan as well as the Knei Bosem Vol. IV #46.

This author reached out to Rav Shternbuch’s son and Gabbai who said that there are some six or seven differences between this chicken and other breeds that do have a Mesorah.  This week a live chicken was brought to Rav Shternbuch and others so that the issue can be examined.  Thus far, the BaDatz of the Eida Chareidis has not permitted it.

One difference is that the legs are rounder than other kosher breeds.  The wing shape is also slightly different.  But are these considered significant differences?  It seems that the Eida Chareidis’ concern is not that they disagree with the Chasam Sofer and the Avnei Naizer, but rather are these differences considered to be significant enough to make a difference.

A decision from the Eida Chareidis may be issued as soon as tomorrow. 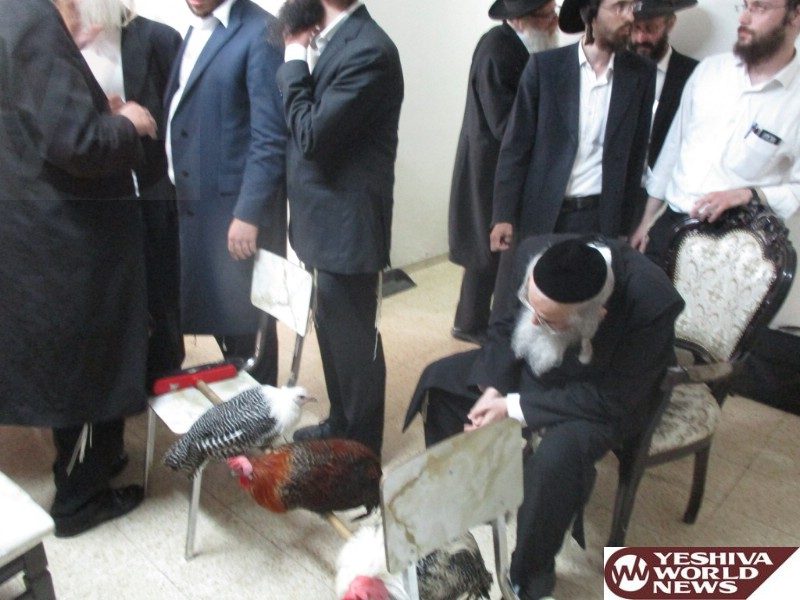 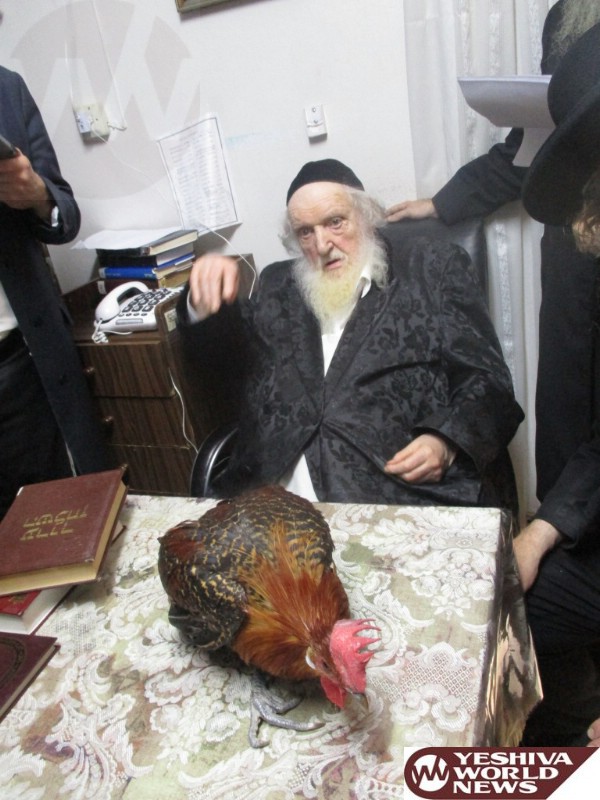 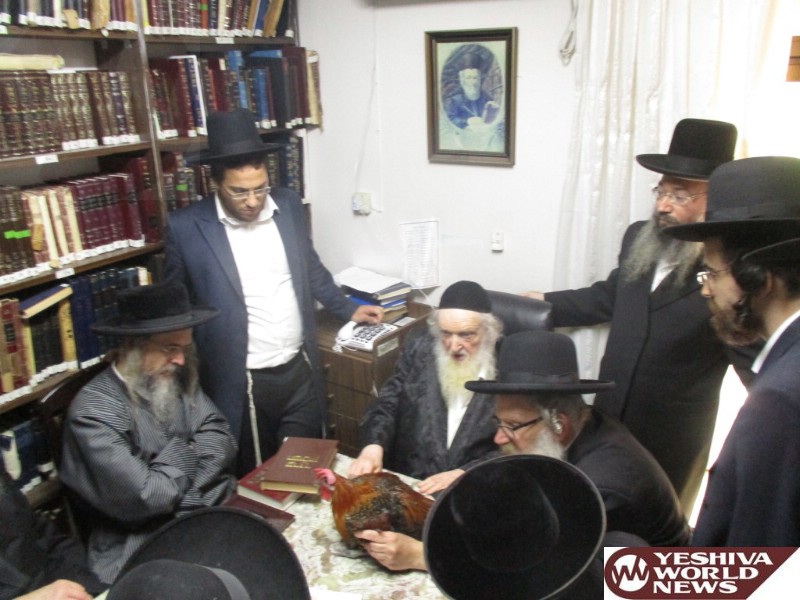 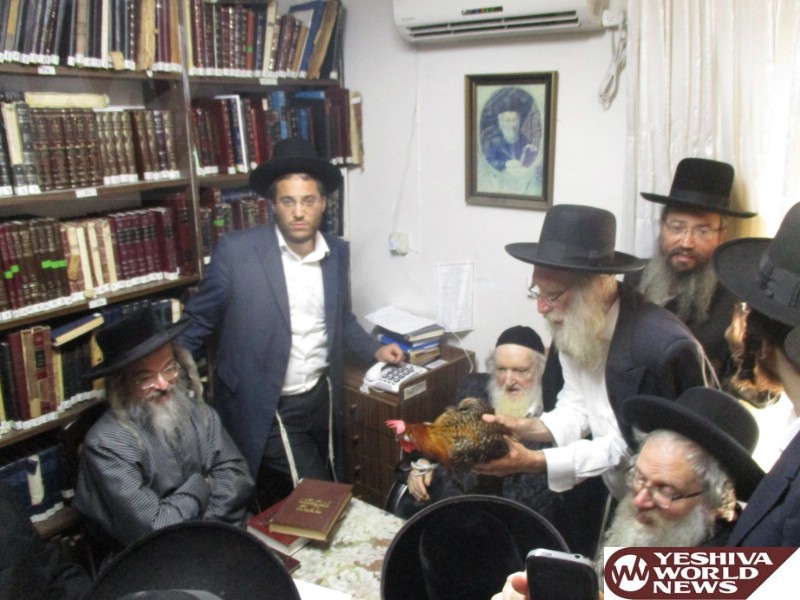 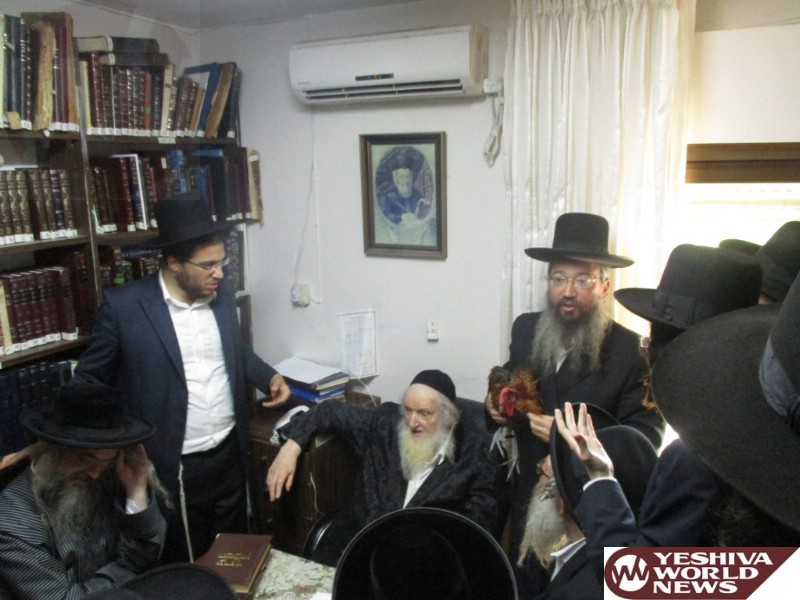 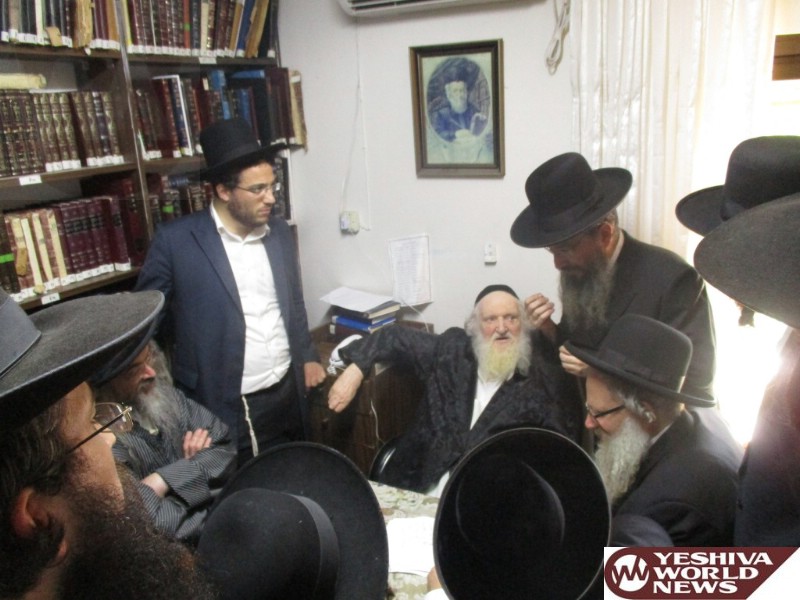 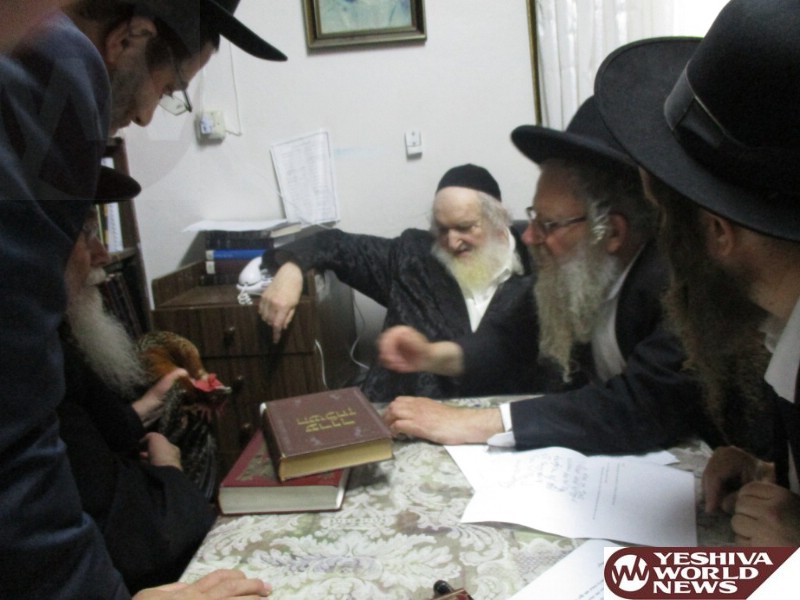 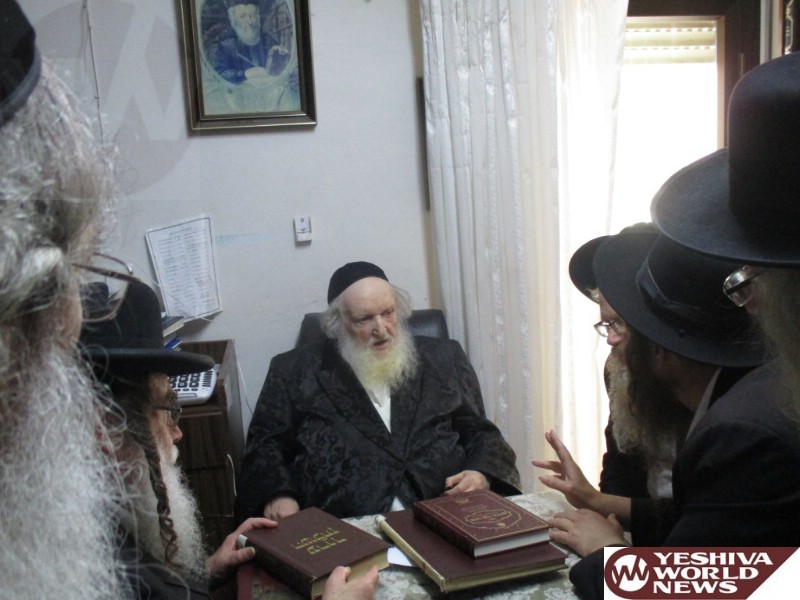 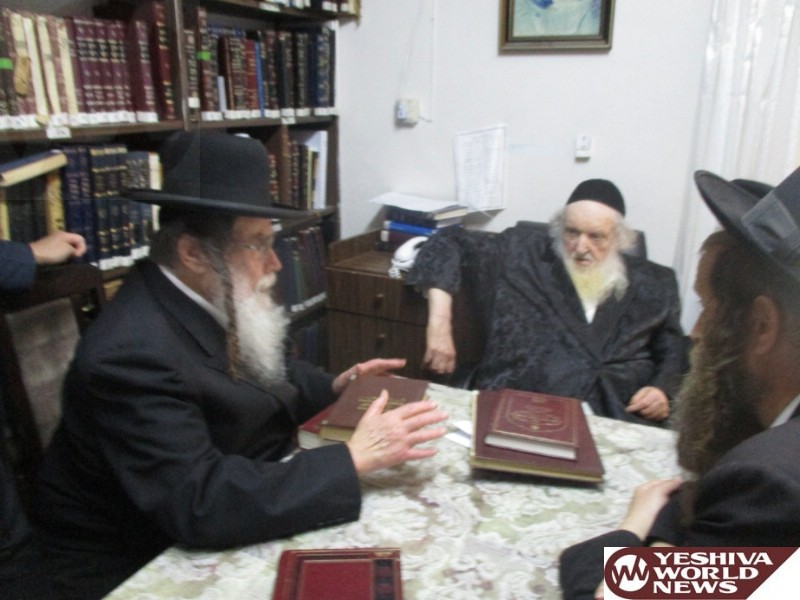