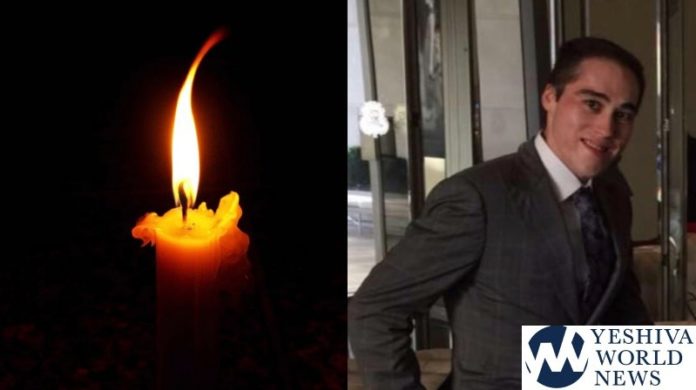 YWN regrets to inform you of the tragic Petira of Chaim Miller Z”L of Flatbush. He was 28-years-old.

Chaim was riding his bike on Friday afternoon, when he was struck by a vehicle on Ocean Parkway and Quentin Road. Hatzolah and FDNY-EMS treated him on the scene, and he was rushed to the closest hospital. Unfortunately, there was nothing doctors could do to save his life. He was Niftar just minutes before Shabbos started.

The NYPD told YWN that the vehicle remained on the scene, and there were no arrests made. The incident is being investigated by the NYPD’s Collision Investigation Squad.

Chaim was an alumnus of Yeshiva Darchei Torah in Far Rockaway, and spent much of his time taking care of a special-needs Talmid of Darchei Torah. He was very close to his Rosh Yeshiva, Rabbi Yaakov Bender.

He is survived by his mother, Mrs. Gitel Miller [of Walsh Court in Flatbush] – his father was R”L Niftar when he was a young child, and four siblings (a brother in Lakewood, and three sisters – two in Flatbush, and one in Baltimore).

The Levaya will be held on Sunday at Shomrei Hadas Chapels in Boro park – at 2:00PM.