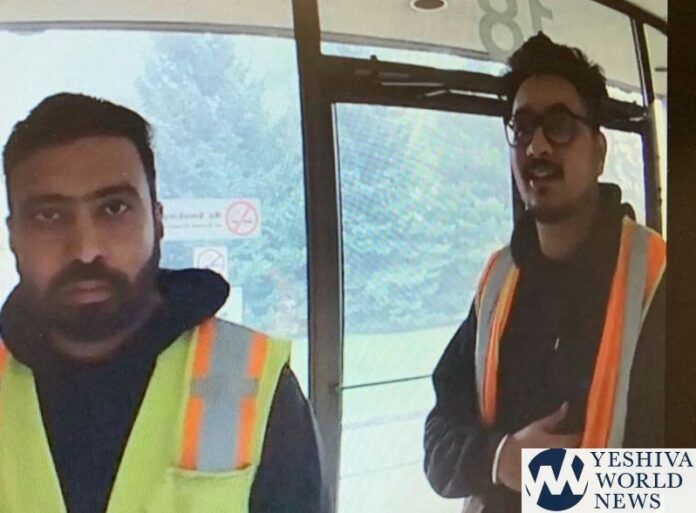 Two men claiming to be repairmen attempted to get into Yeshiva Darchei Torah of Toronto.

The men were dressed in construction vests.

Thanks to proper security measures in place at the Yeshiva, the men never got inside.

The following letter was sent to the parent body of the yeshiva on Tuesday evening:

Over the last months, we have worked to enhance our security infrastructure and procedures. While we believe that our well-being is ultimately in the hands of the Ribbono Shel Olam, we must still do our part to address the threats that we face in these troubled times.

This morning there was a “security incident” at the Yeshiva. During Shacharis, two unidentified men – clearly of foreign background – tried to enter the building representing themselves as Rogers repairmen. All the doors were locked in accordance with our procedures. They were forced to come to the front door and use the intercom/bell to gain entry. Rabbi Joshua responded to the call and asked for identification – also in accordance with our procedures. The two men were unable to produce I.D. and were sent away. We were able to confirm with Rogers that no servicemen were sent to the area and that there were no service outages in the general area of the Yeshiva. The police have been informed.

Later in the morning, we held an assembly of the entire Yeshiva to bring the incident to the attention of the Talmidim, to reiterate our security protocols, and to impress upon them the importance of strict compliance.

We hope that, B’ezras Hashem, we should be spared from all threats, and that all future communications from the Yeshiva should contain only good news.