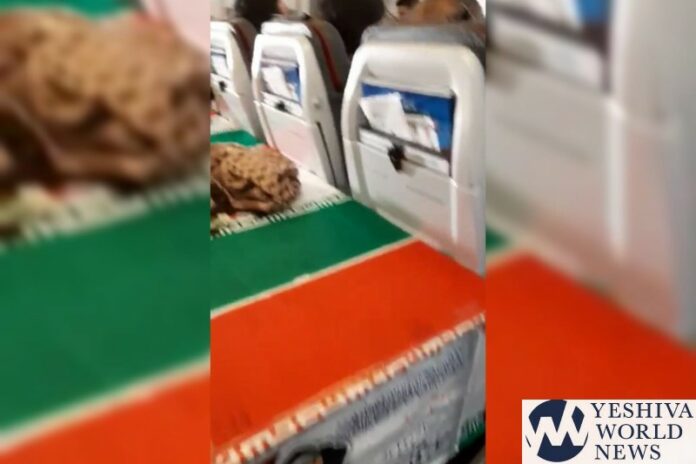 The coffin containing the dead body of Iran’s top general, Qassem Soleimani, was transported to Tehran on a passenger plane in a special tribute flight which played footage of him on its screens.

A video taken from inside Mahan Air’s Airbus A300-603R shows five coffins taking up whole rows of seats between passengers, instead of being put in the cargo hold.

Passengers can be seen watching footage of Soleimani which is playing in memorial of him on the in-flight TV screens.

Millions of Iranians are partaking in the funeral in Tehran on Monday.

See the video below taken on the plane:

MID-FLIGHT HESPED Watch and enjoy the mourning of a man who funded the deaths of hundreds of Jews through Iran’s proxies Hamas and Hezbollah. באבד רשעים רינה

#BREAKING: An Airbus A300-603R of #MahanAir transported corpses of Qasem #Soleimani & Abu-Mahdi Al-Muhandis from #Mashhad to #Mehrabad Intl Airport, #Tehran. Their coffins were put on the passenger seats instead of being loaded in cargo/baggage compartments! pic.twitter.com/NnmKBvL8KB