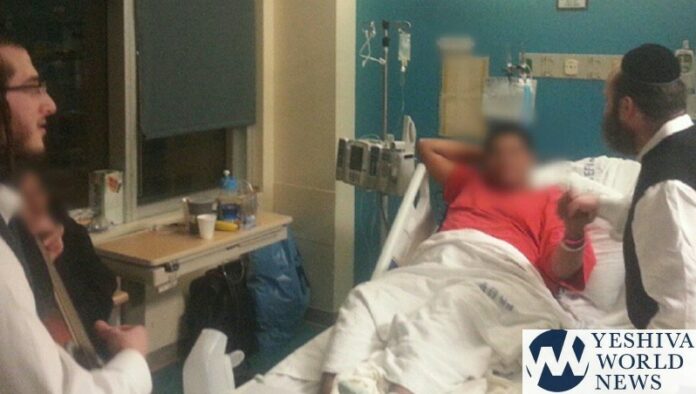 A few days ago, Chasidic singer Chananye Schnitzler visited Sloan Kettering Hospital in Manhattan to sing for a cancer patient.

As he was singing, Schnitzler noticed a non-Jewish man stood at the door watching the performance. When Schnitzler was finished, the stranger went over to Schnitzler and told him he was moved by the music and asked is he could come into a nearby hospital room to sing and give a blessing to his relative – also a cancer patient.

A relative of Schnitzler told YWN that “Hatzadik Chanaya, without hesitation immediately went into the next room and performed an incredible Kiddush Hashem!”